Prime Minister Imran Khan on Friday claimed that there was uproar in India as well over high petrol prices and Pakistan still had the cheapest petrol prices in the region.

“In India today, there is uproar as well [over petrol prices] and the petrol price per litre is Rs150 while it is Rs200 in Bangladesh. [On the other hand] it is the lowest in Pakistan at Rs146,” the premier said, while addressing a public gathering in Attock after laying the foundation stone of a Maternal and Child Hospital.

He said that among the oil-importing countries, Pakistan had the lowest prices for petrol and diesel. The prime minister explained this was possible because the government had reduced its taxes and levies.

The premier said that inflation had occurred globally due to the Covid-19 pandemic causing various issues such as supply shortages, trade closure, lockdowns, reduced buying and selling.

“The biggest [impact] of what happened was that the oil price first decreased and now in the last three months it has doubled […] when oil becomes expensive then everything becomes expensive.”

“When there was inflation in the whole world then obviously Pakistan is in this same world and not in the heavens so we also had to be affected. As a result, we fully tried and are still trying to protect our people from this inflation.”

The prime minister’s comments come the same day as the government increased petroleum prices by up to Rs8.14 per litre with immediate effect to ensure the revival of the International Monetary Fund programme.

The increase followed despite the prime minister’s rejection on Saturday of a proposal by the Oil and Gas Regulatory Authority to increase petroleum prices and a decision to keep them unchanged for the next fortnight.

Last month, the government had earned the ire of its political rivals after it hiked the price of petrol by Rs10.49 per litre on Oct 16.

In his address today, the prime minister also commented on the hike in the price of sugar, saying it had “suddenly” reached Rs140 per kilogramme because three sugar mills in Sindh had been closed.

“When those three mills closed in Sindh, sugar [price] went up to Rs140. I had the reason investigated and it was found out that sugar mills here started hoarding.

Noting that the mills had also taken a stay order against the Federal Board of Revenue levy, the premier directed officials to “immediately vacate this stay order”, saying it was injustice with the people.

“Ask them today to take action on this; it is very easy for sugar mills to stop supply together and then prices increase and they make billions.

“When anyone takes steps against them then they take stay orders. So I will request for full proceedings against them,” he added.

He said the country’s far-flung areas especially needed such facilities, regretting that Pakistan was among the countries where a large number of women died during pregnancy.

“A country which cannot provide treatment to women during pregnancy, it is shameful for us,” he said, adding that the government was setting up five mother and child hospitals which would be completed in 1-2 years.

Sat Nov 6 , 2021
(Reuters) -Rivian Automotive, backed by Amazon.com Inc, on Friday significantly raised the expected offer price of its shares, with the electric vehicle manufacturer aiming for a valuation of as much as $65 billion in its initial public offering.    It had earlier this week aimed for a valuation of more than […] 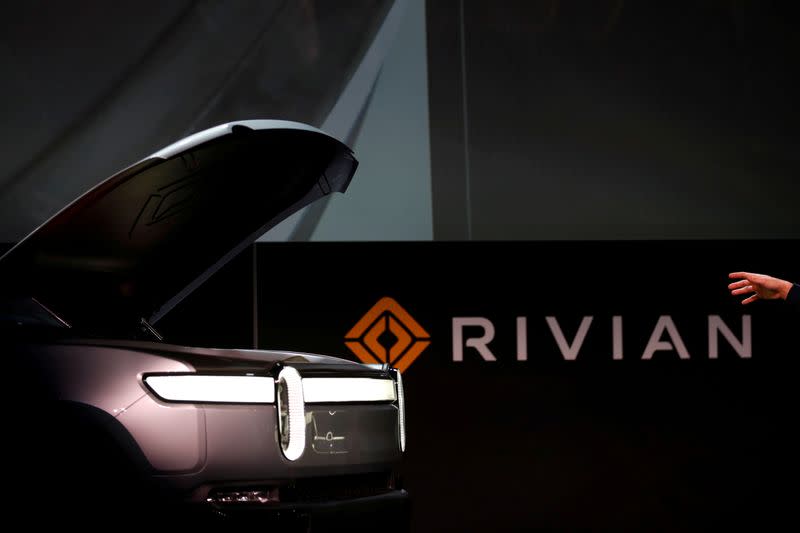