The Toyota GR Yaris has been an absolute hit with petrolheads, so it is normal for the Japanese hot hatch to attract the tuner’s attention. What is not so normal is the pictured conversion created by a Japanese tuner for the Tokyo Auto Salon 2022: a Toyota iQ with a GR Yaris face transplant and a screaming rear-mounted Kawasaki engine.

Pictures of the crazy build were posted on Twitter by one of the mechanics that worked on the project. Despite looking like a render, it is a real car, and judging from the description, it must be pretty fast too.

See Also: This Insane Toyota GR Yaris Is As Powerful As A Porsche 911 GT3 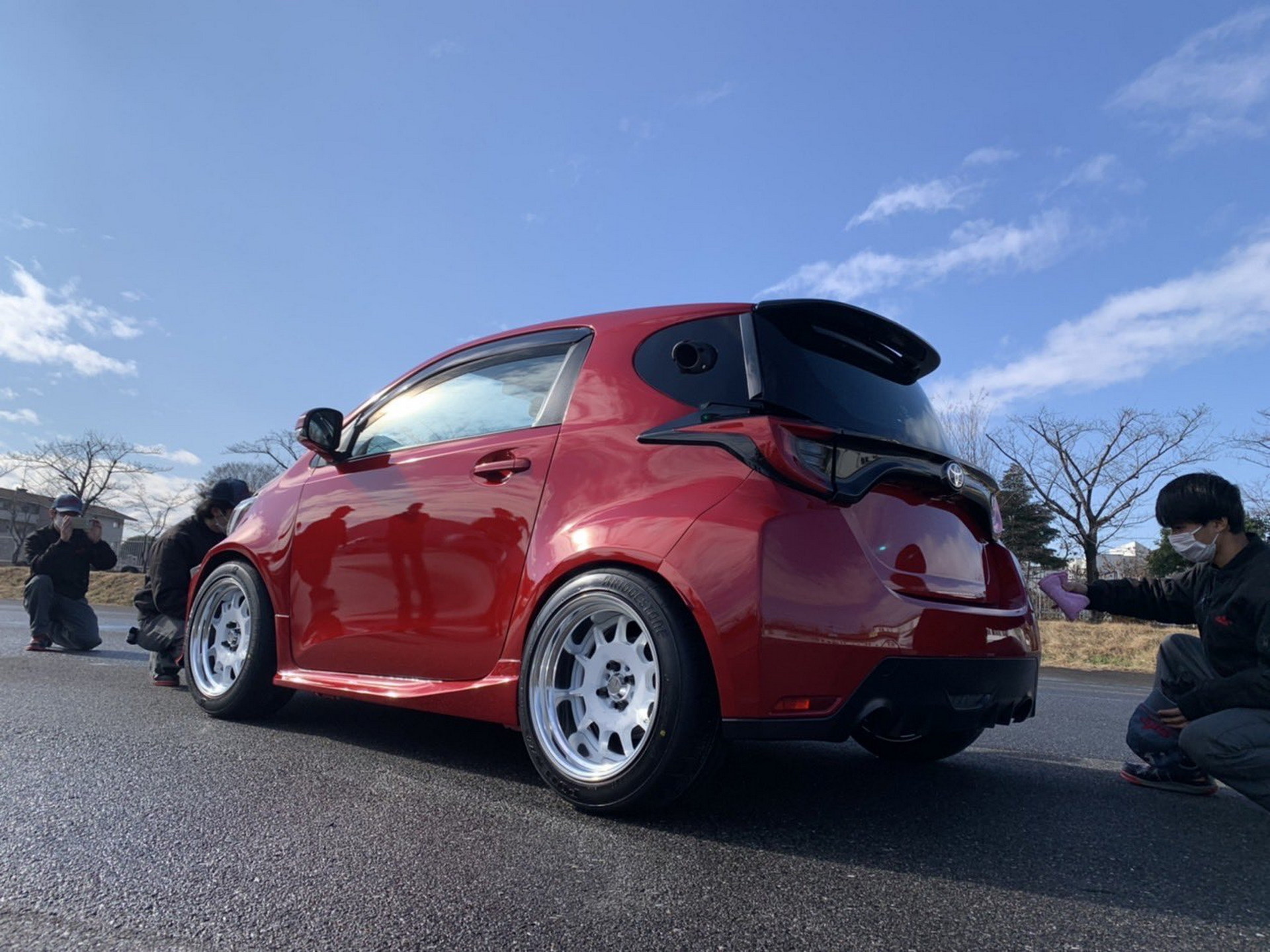 Everything started with a humble Toyota iQ , a diminutive Japanese Smart ForTwo rival with four seats that also spawned the Scion iQ and the infamous Aston Martin Cygnet. The tuner managed to fit lighting units from the GR Yaris in both ends, custom bumpers, side sills and fenders looking like replicas of the original, a carbon-fiber bulged bonnet, and a rather discreet rear spoiler. Finally, there is a new set of white wheels with significantly wider tires at the rear axle.

Inside there is a pair of racing bucket seats, a three-spoke momo steering wheel, a custom instrument cluster and a boxy screen mounted on the center console, probably for telemetry data. Most importantly, the rear seats have been removed, making room for the engine sourced by a Kawasaki Ninja ZX-14R, one of the fastest bikes in the world. And if you were wondering, this is why the exhaust pipe comes out of the rear side window.

The four-cylinder, 16-valve engine with a capacity of 1,441 cc produces 208 hp (155 kW / 211 PS) and 154 Nm (113 lb-ft) of torque in stock form. Power is transmitted to the rear axle, most likely from the bike’s six-speed sequential gearbox. The lightweight nature of the car, the high-revving engine inside the cabin, and the tiny wheelbase will contribute to a wild driving experience, and we can’t wait to see this thing in action. Hopefully, we will get more shots and information at the official reveal of the “GR Yaris Jr.” at the Tokyo Auto Salon 2022 in January.

What is interesting is that Gazoo Racing did present their own GRMN iQ 130G back in 2012, which was produced in a limited number of 100 vehicles with a supercharged 1.3-liter engine and visual tweaks. However, the fastest and craziest car based on the iQ is probably the Aston Martin Cygnet V8, a one-off project from 2018 with a 4.7-liter V8 engine and a wide bodykit.

Sun Dec 26 , 2021
This article comes to us courtesy of EVANNEX, which makes and sells aftermarket Tesla accessories. The opinions expressed therein are not necessarily our own at InsideEVs, nor have we been paid by EVANNEX to publish these articles. We find the company’s perspective as an aftermarket supplier of Tesla accessories interesting and are happy […] 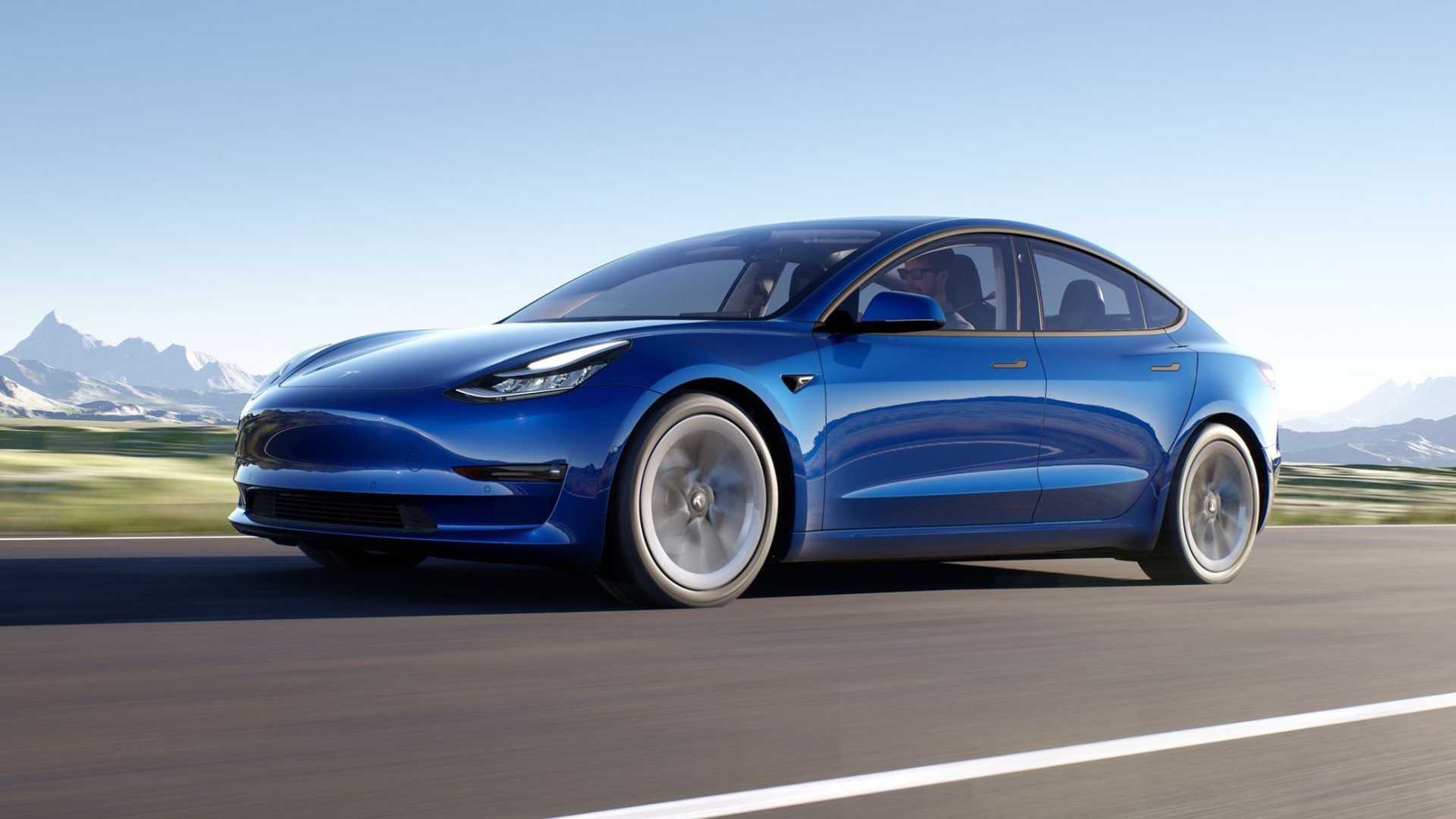