Get your sedan while you still can.

The Toyota Avalon, Mazda 6 and Volkswagen Passat will soon join the fast-growing list of sedans sent to automotive exile. Americans’ unyielding appetite for sport utility vehicles and trucks are certainly one reason. Another? Electric vehicles, some experts say.

“Sports cars and sedans were already on the edge of the cliff,” Joe Wiesenfelder, executive editor at Cars.com, told ABC News. “EVs may be responsible for giving them the final shove.”

“When automakers put their attention elsewhere, something is going to lose and it’s usually the products that were already endangered,” Wiesenfelder said. “Automakers are abandoning a shape — not a need. Mid-size cars are now a subcompact SUV.”

Stephanie Brinley, an analyst at IHS Markit, argued EVs are now the reason automakers are shunning sedans and canceling production of longtime models.

“Sedans and sports cars will continue to fall away for a bit longer,” she wrote in a recent LinkedIn post. “It’s sad to me that these types are both being squeezed by the need to invest in EVs and electrification.”

“If we weren’t struggling with the costs of [electric vehicle] transition, some sedans may be able to survive even at lower volumes,” Brinley told ABC News. “EVs are capital-intensive and expensive. Product development money is going to EVs.”

Rory Carroll, the editor-in-chief of Jalopnik, said automakers have one objective: To make money.

“If you’re going to invest in something you won’t take money away from products that are selling,” he told ABC News. “Sports cars and sedans — those are not selling right now. Automakers are in the business to sell cars.”

The pandemic — and not EVs — likely accelerated the slide away from sedans, according to Autoweek editor Natalie Neff.

“Automakers have been steering away from that segment for a while,” she told ABC News. “People haven’t been buying sedans … it’s why Ford got out of the car building business a few years ago.”

Plus, she added, “the practicality of a sedan is far less than a crossover. It’s not like the sedan offers greater performance or fuel efficiency or utility.”

“EVs have not been widely accepted on the market partly because their development has been focused on straight line performance,” said Jalopnik’s Carroll. “It’s a cool trick but not a driving experience. My mom would be terrified to go that fast.”

Ten years ago, few if any Americans were interested in EVs when General Motors launched the Bolt and Volt, Wiesenfelder said. But government policy and an industry-wide push are shoring up these billion-dollar bets.

“There is a gamble in abandoning future product plans for anything but EVs,” Wiesenfelder admitted. “The last big push fizzled. It won’t this time. More manufacturers are in the game.”

Brinley is still convinced sedans have a place in the crowded automotive market. EVs may be trendy now, she said, but the stakes are high.

“For a lot of consumers, EVs are still a bit of a mystery. It will take time for adoption,” she said. “It will be a very long transition despite the hype.”

'Self-Driving' Cars Begin to Emerge from a Cloud of Hype

Sat Sep 25 , 2021
Five years ago marked a peak for one of the predictable cycles of hyperbole for “self-driving” cars. At the time, virtually every major motor vehicle manufacturer and high-tech company predicted widespread deployment of automated driving systems (ADS) by 2020, which would purportedly lead to rapid obsolescence of conventional human driving. […] 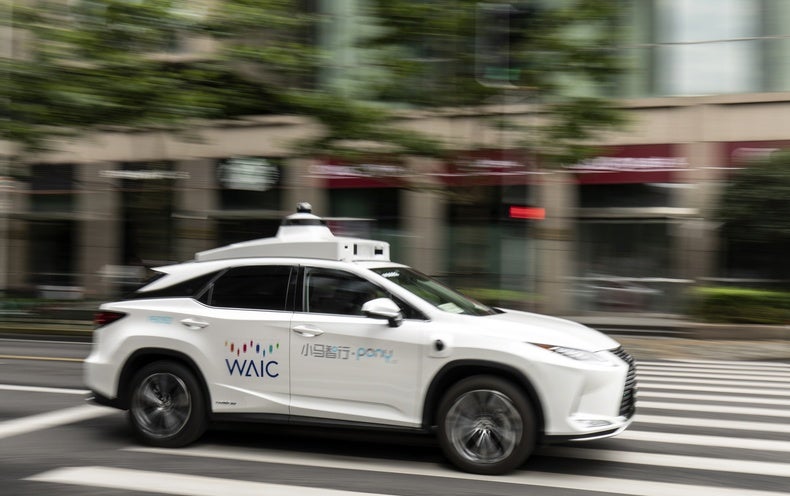