It’s easy to idealise other countries when yours is falling apart. We often hear about how sought-after facets of American culture, such as McDonald’s and blue jeans, were in the crumbling Soviet Union. Wanting what you cannot have has to be one of the most frustratingly human feelings of all. From aloof partners to simple carbohydrates, there is nothing on earth more alluring than things that are off-limits.

Having said that, I never thought that I would find petrol so alluring. It smells nice, for sure. But I don’t drive, and it’s not something that I had ever really thought about until my country started to run out of it. But this is something I have watched unfold from the safe distance of France. A place that, to an English person living in what is looking more and more like a kleptocratic failed state, currently seems like a utopia.

It’s not just that the wine is nicer and the tomatoes taste like tomatoes, this is a country with actual infrastructure. Especially when it comes to Covid.

On our way to visit my partner’s mum in the Burgundy countryside, via Paris, I was humbled to see entire train carriages full of masked people. Something that, in London at least, most people seem to have given up on entirely. This, plus France’s vaccine pass system which is effectively edging unvaccinated people out of public life, may well be why Covid rates are now (according to the Reuters Covid-19 tracker) around seven times higher in the UK than they are in France.

What strikes me about France (and a lot of other mainland European countries, for that matter) is just how individualistic Britain is in comparison. Everything from the refusal to wear masks, to the willing allotment of power to landlords and property developers.

It’s hard to shake the feeling that France, even under a staunch neoliberal like Emmanuel Macron, is just, at its core, further to the left than the UK. Maybe that’s just something that comes with killing off your entire aristocracy. While we are dirging out “God Save the Queen”, the French are belting “La Marseillaise”, a proletarian banger with lines about fields being watered with the blood of enemies.

Idealism, romanticism even, about France is so hard to avoid while looking at pictures of Britons in snaking petrol queues from a village in Burgundy where I can see cows from the kitchen window. After all, media discourse is just as toxic in France as it is in the UK.

For those who are not aware, the terms “woke-ism” and “cancel culture”, in all their deranged glory, have made it over the Channel. Islamophobia is through the roof, and Éric Zemmour – a far-right commentator and possible presidential candidate – was on French television last year calling immigrants “robbers, murderers and rapists”.

But my God is their fresh produce nice, and my God do the French have access to petrol. And yet, there are some Europeans who envy us. At a recent dinner with her French dad and his right-wing pals, my partner listened to them coo over Brexit, and what a “smart” move it was. All of this while eating beautiful, reasonably priced food in a restaurant that they drove to in their fuel-replete cars.

What was that about always wanting what you can’t have?

Sat Oct 9 , 2021
In this latest teaser from Aprilia for the upcoming Tuareg 660 middleweight adventure bike, we hear from the company’s Head of Engineering — Piero Soatti — who tells us about the development of the engine and electronics.  “Having the chance to work on the bike you dreamed of as a […] 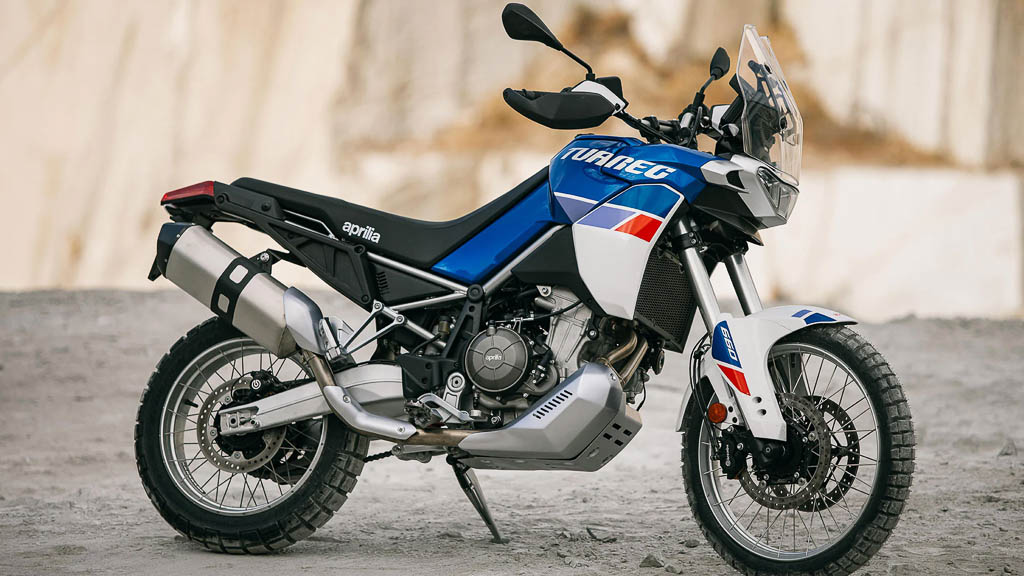