Five years ago marked a peak for one of the predictable cycles of hyperbole for “self-driving” cars. At the time, virtually every major motor vehicle manufacturer and high-tech company predicted widespread deployment of automated driving systems (ADS) by 2020, which would purportedly lead to rapid obsolescence of conventional human driving.

With the benefit of hindsight, it has become obvious that the prevailing view during that period was false, with no more than a handful of advanced prototype vehicles having been driven on public roads by last year without the need for onboard safety drivers to intervene when the automation systems needed human help. The term “self-driving” has lost its original intended meaning because the driving assistance feature on the cars that have been labeled “full self-driving” cannot maneuver without constant human supervision, and “cars” are far less relevant for automation today than trucks, buses and shared-ride vans.

By 2018, the CEOs of the major companies that had invested most heavily in ADS (Waymo, General Motors, Ford, Aurora) were starting to make public statements tempering their earlier optimism by pointing out that the rollout of automated driving would be incremental, beginning with operations under constrained conditions in tightly restricted locations. At the pace they are now going, it will require decades to expand to anything approaching nationwide deployment. The organizational learning curve and costs have been much longer and higher than expected. After investing at least a decade and billions of dollars in ADS development, the companies have learned that the technical requirements to support widespread use of the technology are far more complicated than they had originally envisioned. At the same time, companies such as Tesla and less mature start-ups that continue to plug faster and wider-scale deployments are those that are still working their way up a learning curve and have not yet realized how far they are from their goal.

Consensus is growing among knowledgeable ADS developers about several key aspects of the technology and its near-term deployment:

Such conclusions derive from a few basic lessons learned by developers of the technology. Foremost among them is the reality that the inherent complexity of the driving task makes it difficult for automated systems to accurately perceive the driving environment, anticipate the actions of other road users and recognize and respond to traffic hazards.

Like children learning to control their own movements, ADS need to learn to crawl before they can walk and to walk before they can run. This is why they first have to be implemented and perfected in simple environments before tackling complicated interactions with unpredictable road users (including pedestrians and cyclists) or operations in adverse weather conditions (such as heavy rain, snow, fog and icy roads).

The ADS need to perceive the surrounding environment and establish where they are located using technology based on multiple basic physical principles to provide safe operations. They need to deal with adverse conditions brought about by electromagnetic interference from electrical storms or nearby electrical equipment, low sun angles that can blind cameras, precipitation or smoke that diffuses light needed by imaging sensors, and cyberattacks that target any of the vehicle’s sensor technologies. Also needed is information about nearby infrastructure and the relative velocity of other moving objects in the vicinity. Data from all these sensors must be fused to accurately represent the area surrounding the vehicle and to isolate any faulty inputs.

The sensor requirements and the data processing and storage associated with this level of environment sensing will make ADS technology expensive for the foreseeable future. These expenses are unavoidable if the technology is to replace the full range of a driver’s skills without compromising safety.

Such expenses also drive the business case for initial ADS deployment on commercial vehicle fleets that can be used throughout the day to generate revenue rather than operating only one or two hours a day like most private personally owned vehicles. Commercial fleets provide further advantages while the automation technology is still being refined. It will be easier to properly maintain sensitive components on a fleet, and fleet operation lends itself to remote support for vehicles if needed.

Remote human support for automated driving is an important topic that has not received the level of public attention that it deserves. Virtually every developer of ADS without an onboard human driver expects to rely on humans at a fleet management center to help the system make tactical driving decisions when needed. The human assistant may compensate for hardware and software faults on the vehicles but will primarily provide advice in challenging traffic situations such as navigating around obstacles that temporarily block the intended route of the vehicle, determining when it may be necessary to violate a traffic rule to deal with a specific odd situation, recognizing gestures of police officers directing traffic and identifying objects in the vehicle’s path. Some developers are also considering remote driving capabilities, in which a human at a fleet management center would drive the vehicle for some portion of a trip that cannot be handled by the ADS. These remote support functions will be particularly important during the early years of ADS deployment as the technology is being refined. They will also provide employment for many of the drivers whose jobs will gradually be replaced by ADS. The working conditions for remote driving are likely to be more attractive than conventional long-haul truck driving, allowing the drivers to work close to home, where they can avoid the physical discomforts and safety risks associated with conventional truck driving.

Although the most popular projected use for automated driving a few years ago was automated ride-hailing passenger services, interest has shifted significantly toward the automated movement of goods—automated driving of heavy trucks on long-haul interstate routes and small low-speed vehicles for local urban and suburban package delivery. This shift in emphasis began prior to the pandemic but accelerated during the COVID crisis. Ride-hailing services have the most favorable demand profile, short trip lengths and shared rides in dense urban areas. Those are the places that are the most technologically challenging environments for ADS. In contrast, long-haul trucking operations on interstate highways face simpler traffic and roadway infrastructure conditions, particularly if the origin and destination points for the automated trips are directly connected to limited-access highways. Urban and suburban package delivery can use vehicles that are too small for human occupants and can operate on sidewalks or in bicycle lanes at low speeds. Freight vehicles have the additional advantages that they can be designed to drive extra cautiously to avoid conflicts with other road users, without having to worry about the impatience of passengers or the need to protect their own occupants from injury.

Not every ADS company has adopted this approach. Tesla is a conspicuous outlier relative to the rest of the industry on ADS deployment. It has pursued the traditional automotive industry model of selling privately owned personal vehicles to serve all uses and has attempted to advance its ADS capabilities by building on its current driving assistance system rather than designing a system with the requisite higher levels of redundancy and fault management. The company has recently focused its approach to rely entirely on machine vision, avoiding complementary sensors or precision mapping and localization that provide critical information about a vehicle’s surroundings.

The Tesla approach reduces the cost of production but appears to preclude achieving safe and reliable performance for confronting inevitable variations in traffic and environmental conditions. The company’s use of the names “Autopilot” and “Full Self-Driving” for its current products has produced serious public confusion about the capabilities of Tesla’s products. What makes things still more confusing is that Tesla’s owner manuals and letters to government safety regulators have described the technology as a driving assistance system rather than an automated driving system. Indeed, Tesla’s use of the “Full Self-Driving” name has created serious public misunderstanding to the extent that Alphabet’s Waymo, which was initially known as Google’s “self-driving car project,” announced it would no longer use the term “self-driving.”

Ensuring the safety of ADS operations while confronting the full range of traffic hazards and internal hardware and software faults remains the dominant technological challenge for deployment. ADS researchers and developers have worked on a variety of approaches to safety assurance but are not close to reaching a consensus on the best option. The safety assurance challenges extend far beyond technological considerations but begin with the broader societal decision about how to determine “how safe is safe enough” for ADS to be placed into public service. Relevant measures of safety need to be agreed upon for regulatory agencies and the general public to become comfortable with public deployment. ADS developers also need to learn how to present their highly technical safety assessments in terms that can be understood clearly and accurately by regulators and public interest groups to earn trust and acceptance.

Although some observers may perceive that “the bloom is off the rose” for automated driving in the current posthype environment, the current situation actually marks a sign of progress. More realistic views of the opportunities and challenges for automated driving will motivate better-focused investments of resources and alignment of public perceptions with reality. We should expect some limited implementations of automated long-haul trucking on low-density rural highways and automated local small-package delivery in urban and suburban settings during the current decade. Automated urban and suburban ride-hailing services could become available on a limited basis as well, but the location-specific challenges to their deployment are sufficient that this is unlikely to reach a national scale soon.

Toyota hybrid pickup, EVs with the most range, prices for Q4, EQS, Tucson PHEV: The Week in Reverse

Sat Sep 25 , 2021
Which affordable electric vehicle earned top safety recognition? What issue is splitting automakers’ support of a proposed EV tax credit expansion? This is our look back at the Week In Reverse—right here at Green Car Reports—for the week ending September 24, 2021. With both Rivian and Lucid recently given EPA […] 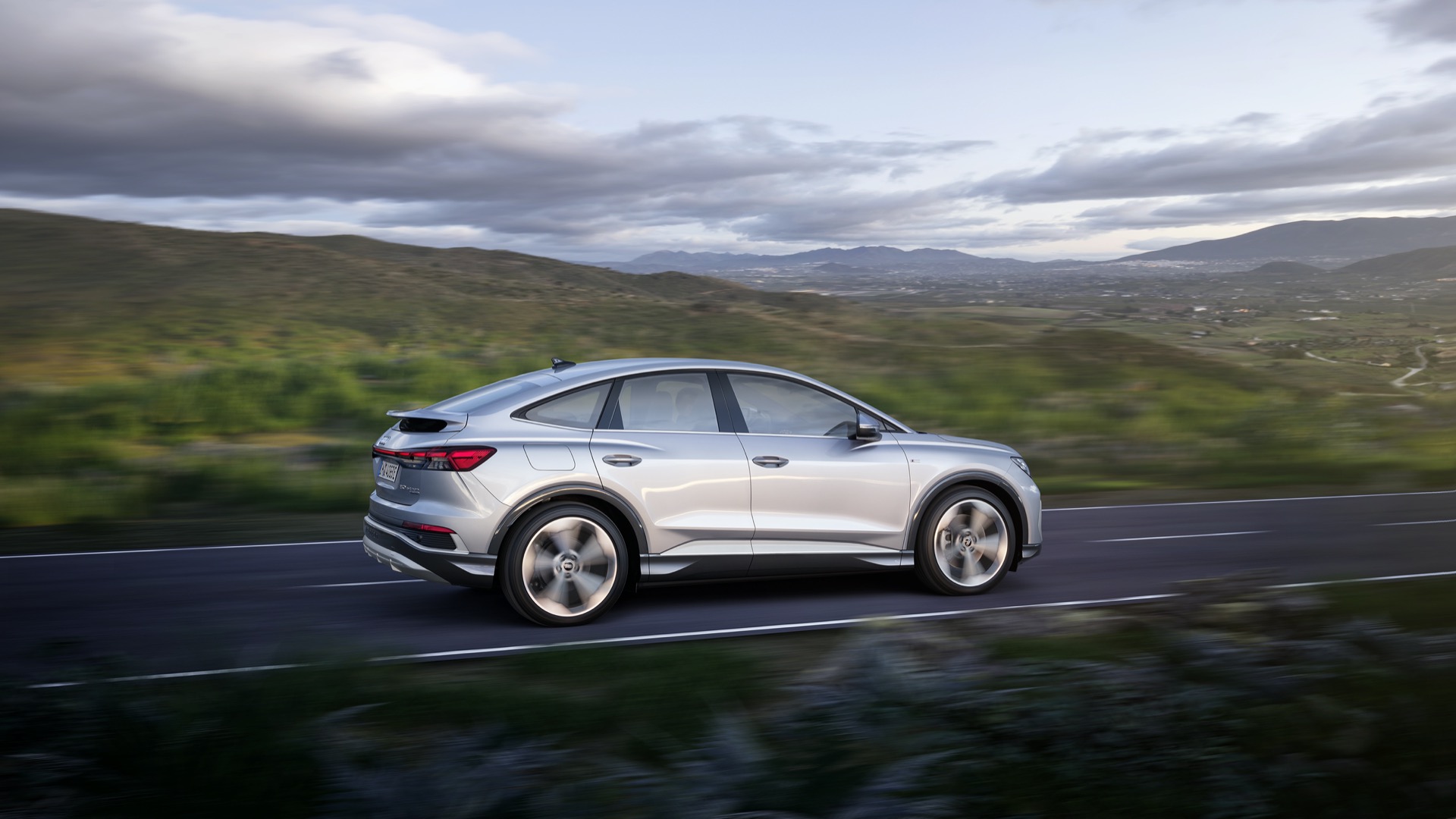