World Bank has admitted that the poverty ratio has declined during the incumbent tenure.

ISLAMABAD (Dunya News) – Prime Minister Imran Khan on Tuesday performed the groundbreaking of Lillah-Jhelum road in Islamabad and said that the incumbent government has built more roads than the previous PML-N regime and even at a lower cost despite a hike in inflation.

Hinting at hiking fuel prices, PM Imran Khan said that the price of petrol are likely to be increased further.

“We have even approved tenders of 3280-kilometer roads,” he said adding that two-way roads in their tenure are being built at 33 percent less amount than being spent during the PML-N tenure despite an increase in prices of various products.

The prime minister said that Rs1000 billion additional amount was spent during PML-N tenure on building roads and lamented that if that amount was saved then it could be spent on various public welfare projects.

“I am talking about roads only and now estimate as to how much money is being stolen from other projects,” he said and added that that is why the PML-N leadership has never answered as to from which money they have purchased their London flats.

He said that the way this government has tackled the COVID-19 pandemic has attracted praise from western countries. “After a period of 100 years, the world has faced such a disaster and the way Pakistan tackled it was praised by British Prime Minister Boris Johnson,” he said.

The prime minister said that even the World Bank has admitted that the poverty ratio has declined during the incumbent tenure.

Imran Khan said that the inflation was owing to the products imported by the country mainly fuel products and assured that likewise, they dealt with the COVID pandemic, the government would also pull out the nation from the recent hike in inflation.

“We will be bringing a major package soon to deal with the rising inflation,” the prime minister announced.

He said that the incumbent government was not planning for the next election rather for the next generation as the country’s 60 percent population is below 25.

“We will have 10 new dams in the next 10 years,” he said adding that they were being planned 40 years before but executed during their tenure to cater to the rising demand of water needed to improve yield in the country whose population has gone beyond 220 million.

We have effectively laid down the plan to improve forest land in the country, he said while sharing the government plans to plant 10 billion trees and said that fun was made of him when he launched the plantation drive in 2010.

Wed Nov 17 , 2021
Porsche has unveiled the long-awaited (and long-rumored) 718 Cayman GT4 RS. Powered by the 911 GT3’s engine, it’s an ode to driving and engineering that was designed explicitly for maximum performance on the track and maximum enjoyment on a twisty road. “We didn’t hold back on this one. We want […] 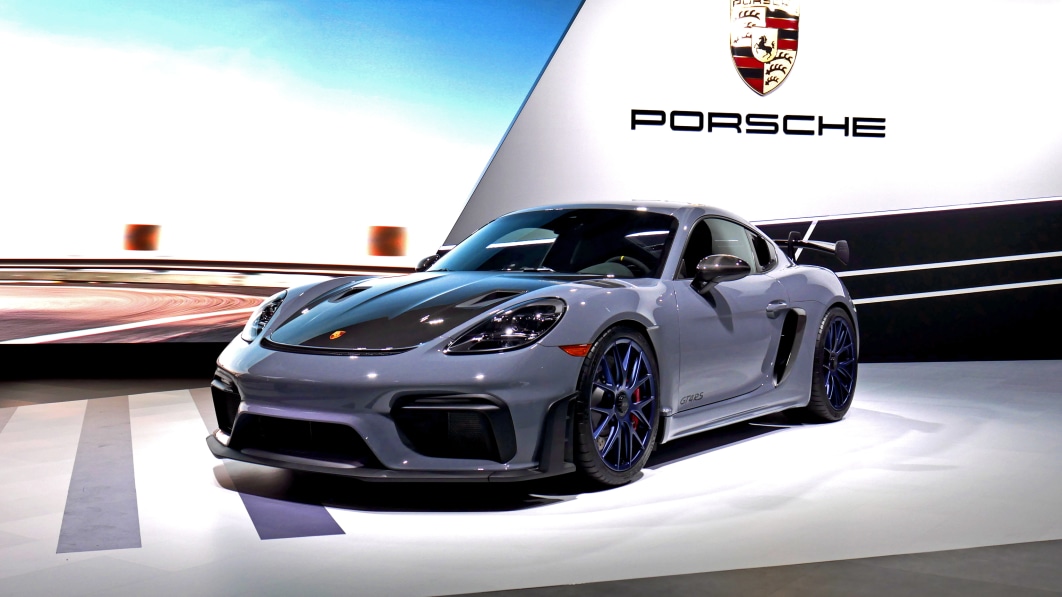