China’s buildup continues to this day. Just a few weeks ago, Contemporary Amperex Technology, China’s largest battery manufacturer, said it would invest up to $4.96 billion on a plant to recycle used E.V. batteries. That was on top of the company’s $297 million acquisition of Canada’s Millennial Lithium Corporation, which was announced in September.

Can the United States hope to ever catch up? In recent months, General Motors, Stellantis and Toyota have each announced plans to build massive battery factories in North America. Ford said it and its South Korean partner will build three U.S. battery plants by 2025 with enough capacity to equip one million E.V.s a year. But no one seems to know exactly how the battery supply chain will come together and where they will obtain each of the necessary precursors, like cobalt and manganese.

In an interview last month, Darren Palmer, Ford’s general manager for battery electric vehicles, told me that the global semiconductor shortage had helped put the vulnerability of the battery supply chain “hugely” on the minds of company executives. He suggested they were attending to the problem. “We buy something like 4,000 parts of a vehicle and assemble them into a vehicle every 40 seconds and build millions of them,” he said. “This is part of what the automobile industry does best.” I was unconvinced, especially after rewatching a September event in which Robert Schilp, a purchasing director at Ford, showed great angst about getting control of battery-metals processing.

Some in the battery industry seem to believe that because battery plants have been announced, materials suppliers will somehow appear to service them. For now, there is no evidence to buttress this argument. Others may be waiting to see whether Washington will help to pay for a supply-chain build-out similar to China’s.

In fact, the Biden administration, which released its National Blueprint for Lithium Batteries in June, signaled a readiness to allocate $174 billion to encourage Americans to buy electric cars and trucks. But only around $7 billion for the supply chain for batteries made it into the $1.2 trillion infrastructure bill passed by Congress last week, small bore for a battery-metals processing industry that will require tens of billions of dollars to stand up.

With so much uncertainty, it seems likely that for the 2020s and well into the 2030s the United States will remain reliant on Chinese supplies. Will China keep the supply lines open to America? Perhaps it will. But we don’t know.

So for the United States, the best hope is to get a grip on its own supply chain. “If we want a 100 percent reliable battery supply chain here in the U.S.,” Bob Galyen, a battery consultant and former chief technology officer for Contemporary Amperex Technology, told me, “it’s going to take us a decade to do it.”

The message for policymakers and automakers alike: It’s time to get moving.

Thu Nov 11 , 2021
Ford built a 1978 F-100 pickup with motors from the electric Mustang Mach-E GT.  It’s called the F-100 Eluminator.  Ford’s showing off its new $3,900 electric motor that anyone can buy for DIY electric cars. Loading Something is loading. We are so sorry! We bumped into a system failure and […] 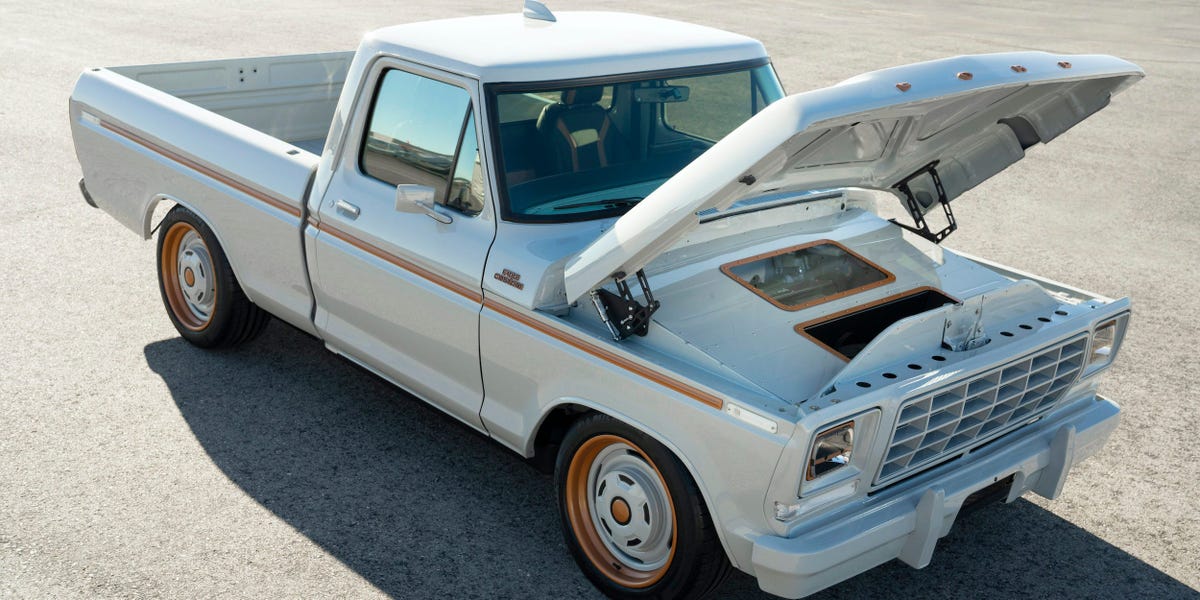