Nidec announced the launch of its third E-Axle traction motor system – the 200 kW Ni200Ex model, which has made its way into the all-new Geely’s Zeekr 001.

The Japanese company initially (about two years ago) planned to introduce the Ni200Ex in 2023, but accelerated the plan significantly and started massproduction in August 2021.

The Nidec Ni200Ex has a peak power output of 200 kW and 384 Nm of torque. In the Zeekr 001, there will be one or two units installed, depending on the version (RWD or dual motor AWD). The E-axle integrates the electric motor, transmission and power electronics (inverter).

“Created out of Ni150Ex’s basic structure, Ni200Ex is a compact unit that adopts a light, thin, short, and small motor’s structure that is based on the magnetic circuit design-derived knowhow and unique motor oil-cooling structure. They are both cultivated in the development of small precision motors – an area of Nidec’s specialty. Also, with an optimized design that employs second-generation inverters and other components, Ni200Ex contributes significantly to improving ZEEKR 001’s power, electricity consumption, and noise & vibration performances, and reducing the vehicle’s weight.”

Nidec’s lineup currently consists of three E-Axle models with two additional to be launched soon to offer a solution for 50-200 kW per axle:

Through the end of August, Nidec sold more than 200,000 E-axle units. While it’s already a high number, for Nidec it’s just an early beginning towards 10 million units per year, which is expected to be reached by 2030. Millions of traction motor systems were already contracted by the OEMs.

The list of models with Nidec’s E-axles already reached 10 and is growing quickly:

In early 2020, Nidec announced $1.8 billion investment in three of its electric motor plants to launch drive units for EVs.

Sun Oct 24 , 2021
There will be cars at the Indianapolis Motor Speedway on Saturday but no driver in sight as racing teams mark a milestone in autonomous vehicle development. Nine single-seaters will take part in the Indy Autonomous Challenge (IAC), a competition with a $1 million prize that aims to prove “autonomous technology […] 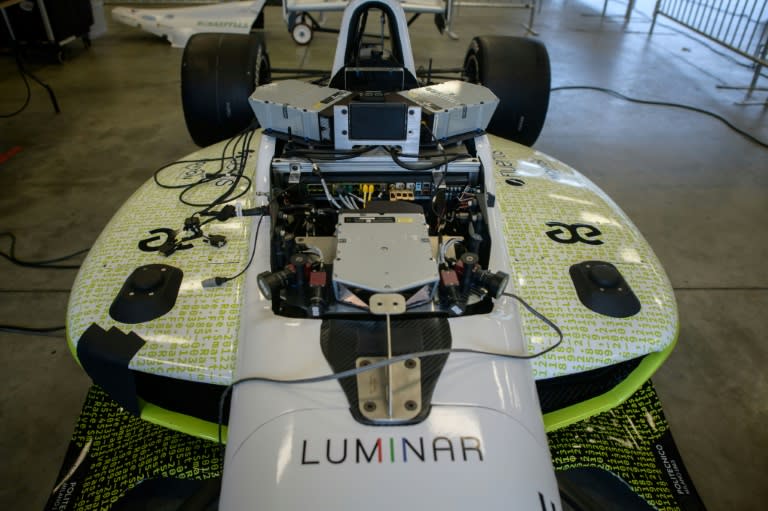