In 2017, when the Mets were crashing and burning, they traded many of their veteran players to various teams for various spare parts. Mostly they got back a grab bag of prospects, each one more disappointing than the last. However, when the Mets traded Lucas Duda to the Tampa Bay Rays, they got an intriguing relief prospect who ended up being the most usable of the bunch.

Drew Smith was drafted by the Tigers in 2015 and was traded to the Rays early in 2017, and a few months later found his way to the Mets in the Duda trade. He didn’t find his way to the majors until the next season, where he impressed in limited playing time starting at the end of June. He underwent Tommy John surgery after the season, missing all of 2019, then appeared in a few games in 2020, mostly being shuttled back and forth from the alternate site when they needed him and not pitching so great.

Coming into 2021, Smith seemed like a player on the cusp of a regular bullpen spot, as the Mets had several veterans who either would have the advantage to make the bullpen or would have to be in the bullpen due to their contract. However, Smith ended up dealing with right shoulder soreness to start the season. He was activated from the injured list at the end of April, spent a few weeks in Triple-A Syracuse, and then finally made his way back to the big league roster on May 9.

Smith wasn’t without his struggles this season. His FIP was much higher than his ERA, coming in at 4.69. This can be accounted for by the fact that he had some issues with home runs, giving up 7 in his 41.1 innings, good for a 1.52 HR/9. He also had control issues, giving up 16 walks in that same span of time, which came to a 3.48 BB/9. Part of that could be the fact that his season was bookended by injuries and who knows how long on either end he was feeling off. But other than his home run and walk numbers, his numbers this year were on par with his excellent season back in 2018 and were much better than in 2020.

As mentioned before, Smith’s season was cut short by yet another injury. On August 14, Smith was placed on the injured list with right shoulder inflammation that shut him down for the rest of the season, causing another hole in the Mets roster just in time for their tumultuous downturn over the last two months (though he definitely wasn’t the major reason for the downturn). Yet another injury in Smith’s already lengthy career injury record.

Smith should be ready for the start of the 2022 season, and he looks to be a bigger part of their bullpen plans, with certain major pieces becoming free agents (such as Jeurys Familia and Loup). If Smith can stay healthy he can be a vital piece of the Mets bullpen for years to come. However, his history raises several questions about whether that’s possible. It may just be that he needs his workload managed better, or a different in-season routine, or various other potential solutions. Or maybe this is just who he is, a good reliever with flashes of greatness who just keeps getting injured. But there’s only one way to find out, and that’s to let him pitch.

India in talks with Saudi Arabia and Russia

Thu Oct 28 , 2021
The Centre is holding talks with oil producing nations in the Gulf and elsewhere to find a solution to the rising fuel prices. According to Union Minister for Petroleum Hardeep Singh Puri, India is in touch with countries like Saudi Arabia and Russia from where it imports most of the […] 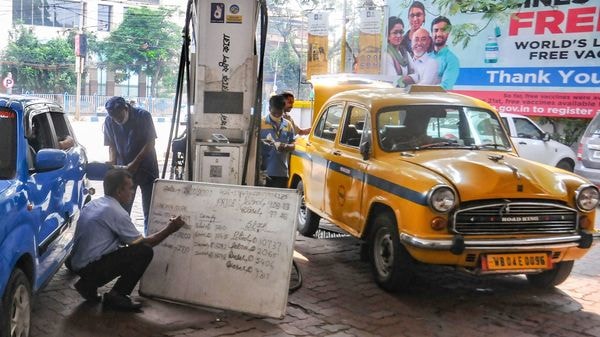