With one week until the remainder of Baseball Hall of Fame’s 2022 class is announced, Mark Buehrle is back in the black, both metaphorically and on Ryan Thibodaux’s official tracker.

Buehrle gained his first vote of the entire cycle via former Chicago sports editor Dan McGrath, which puts him at nine votes out of 160 made public. That means he can go another 20 public ballots without a vote while floating at or above the threshold to remain on the ballot for another year, and he’s endured those kinds of stretches this winter.

At the other end of the results, it appears that David Ortiz is the only one who has a chance to join Minnie Miñoso, Buck O’Neil, Bud Fowler, Jim Kaat, Gil Hodges and Tony Oliva at the Clark Sports Center in Cooperstown sometime this summer.

Ortiz is running at 83.5 percent, although I’d anticipate him losing some points when the entire results are revealed, whether it’s due to DHing, the alleged failed steroid test, first-ballot weirdness, or else. Barry Bonds and Roger Clemens are just above 75 percent themselves publicly, but their support has dropped by double digits each year when all is said and done.

James Fegan caught up with Yasmani Grandal, who is coming off two surgically repaired knees, and a performance that suggested they were only minor hindrances. He hasn’t caught his usual workload during his White Sox career due to circumstances local and global, and it could bode well over the second half of his contract.

A.J. Pierzynski’s statistical profile and reputation suggest he’ll be a one-and-done candidate, but Pierzynski cut a profile that should endure without Cooperstown. The numbers say he’s one of nine catchers to rack up 2,000 hits, but more than that, most baseball fans have an immediate reaction to hearing his name, and he’ll probably be a fixture on national broadcasts as long as he wants to be. That’s a pretty good run.

Pierzynski’s ability to stay behind the plate shouldn’t be underestimated, because Melky Cabrera shows what his offensive profile would’ve looked like at any other position. Their slash lines are surprisingly close — .280/.319/.420 for Pierzynski, .285/.334/.417 for Cabrera — but Melky couldn’t find a steady job after age 32 due to his plummeting athleticism. Pierzynski’s ability to crouch got him through age 39, rather than age 34.

Camden Yards yielded the most home runs in baseball during the 2021 season with 277. The Bill James Handbook says it had the highest home run index of any American League ballpark for both last year and the last three years. Guaranteed Rate Field is runner-up in both categories, so we’ll check in next year to see what kind of impact dimensions made.

Les Grobstein died unexpectedly at age 69 — unexpectedly in part because there wasn’t a known cause, but more because he’d been a Chicago radio institution for 50 years, with no signs of relinquishing his duties as overnight host at 670 The Score. Jon Greenberg’s obituary for the Grobber is worth reading, as is his article from 2018 covering one of his shifts, not to mention this Ben Joravsky profile from the Chicago Reader in 1997.

Take a second to support Sox Machine on Patreon

Can Anyone Satisfy Amazon’s Craving for Electric Vans?

Sat Jul 23 , 2022
In the fall, Jeff Bezos tweeted praise for Rivian, a start-up under contract to make 100,000 electric delivery vans for Amazon, and its founder, R.J. Scaringe, calling him “one of the greatest entrepreneurs I’ve ever met.” Then, Mr. Bezos worked in a jab: “Now, RJ, where are our vans?!” The […] 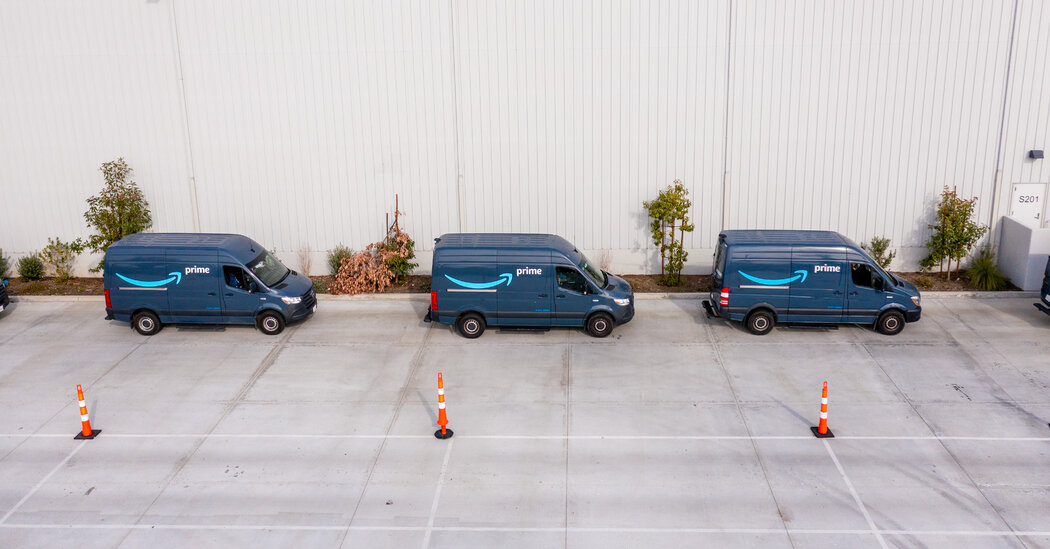