IRVINE, Calif.—It’s fair to say that Mazda has some work ahead of it with regard to electrification. The Japanese automaker has repeatedly impressed us with its keen understanding of vehicle dynamics and attention to details. But Mazda is only just bringing its 1st-generation battery electric vehicle—the MX-30 compact crossover—to market at a time when other carmakers are on their fifth.

It would be easy to dismiss the Mazda MX-30 just based on the numbers. The 100-mile (160 km) range will be the biggest hurdle for people to get over; that would have been a hard sell in 2014, let alone now in 2021. Then there’s the fact that Mazda only plans to import 560 MX-30s for now, all bound for California. This is not an EV for the masses, something Mazda’s PR people were upfront about. They’re openly describing the $33,470 (before federal tax credits) EV as a “commuter car.”

And yet Mazda is the car company that built a crossover that’s more fun to drive than most hot hatches. It has also churned out more than a million MX-5 Miatas. Which is why I went to California last week to find out whether the MX-30 is a rare Mazda misstep or if the boffins from Hiroshima had a surprise in store after all.

Those numbers are actually a little surprising. In my experience, the MX-30 feels smaller, particularly on the inside. The suicide doors—I’m sure Mazda would prefer we call them “freestyle doors”—are reminiscent of the BMW i3, and our vehicle included a cramped rear seat that’s more suitable for cargo storage than carrying two full-size passengers.

The interior is a bit quirky. But only a bit.

The MX-30 has a slightly more whimsical interior than we’ve come to expect from Mazda. A thin layer of cork is used as a surface treatment in places—a nod to Mazda’s origin as a cork manufacturer before turning to vehicles. Cork is used on the back of the interior door handles as well as lining the center console, which conceals its pair of cup holders with flip-up lids.

Floating above, another panel sticks out from the dash with the rotary controller and buttons for the infotainment, as well as the drive selector. Ahead of that is a touchscreen for the climate controls—the non-touchscreen infotainment screen is recessed into the dashboard up above, in the driver’s sight line. Underneath the drive selector and infotainment control panel, you’ll find a pair of USB-A ports for connecting devices and a 150 W, 110 V AC socket.

The use of cork gives you something interesting to feel, particularly when you’re opening or closing the door from the inside. But it’s hard to escape the impression that Mazda’s designers and engineers were fighting a critical battle to keep the MX-30’s weight down.

In our predrive briefing, Mazda pointed out that the battery pack does mean the MX-30 has a rear-biased weight distribution, which means less load is on the front tires during corner and less lateral weight transfer. And the pack contributes to a body that’s 45 percent more torsionally rigid than the CX-30.

Mazda also told us that its G-vectoring control system (which uses tiny amounts of torque to control weight transfer during turn-in) works faster than ever since it has finer and faster control over an electric motor’s output than an internal combustion engine. Also, the solid-mounted electric motor allows the Mazda to fit tires with stiffer sidewalls, because it doesn’t have to worry about filtering out vibrations from the road that could interfere with an internal combustion engine.

I have already mentioned that Mazda knows how to build normal cars that reward drivers; within the first five minutes of driving a CX-30, you’re aware something special is at work, possibly some kind of magic. Unfortunately, I got none of that from the MX-30. The electric motor is torque-y enough that it will spin its low rolling resistance front tires if you are too heavy with your right foot, but there’s a numbness to the driving experience that was frankly disappointing.

The MX-30 has a single drive mode—no messing with Eco or Sport modes here. But it also has increasing (or decreasing) stages of lift-off regenerative braking, which you control via paddles on the steering wheel. The left paddle increases lift-off regen; the right paddle decreases it. At high or max, you can easily one-pedal drive, and when you’re in its minimum setting, the MX-30 allows you to coast when you lift the throttle.

The springs and dampers coped fine with sharp shocks like expansion joints, but long-duration road scars were transmitted into the cabin, where they found ways to vibrate bits of trim here and there. The result is a driving experience that’s adequate for commuting but doesn’t make you want to take the long, twisty way home just for fun. Which you probably wouldn’t do anyway if it involves much of a detour.

Our drive route was a little over 60 miles of mixed canyon, suburb, town, and freeway. I averaged 3.8 miles/kWh, which was just slightly more than 1 mile for each percent of charge. Mazda research says plenty of commuters drive less than 30 miles (48 km) a day, which is easily handled by the MX-30 range. But I’m not sure that’s the real customer for this EV.

I mentioned earlier that the MX-30 reminded me of the BMW i3 in more than just the short range and suicide doors. BMW used the i3 (and the Mini e before it) as a way to get some real-world data on its then-nascent EV technology, and Mazda needs all the EV data it can get. So it’s possible that the MX-30 is a subsidized engineering exercise meant to inform Mazda’s next BEVs. Three Mazda BEVs are due between 2023-2025.

A more cynical, albeit more likely alternative was offered by a colleague: is 560 the exact number of zero-emission cars that Mazda has to sell in California to avoid the wrath of the Golden State’s Air Resources Board? 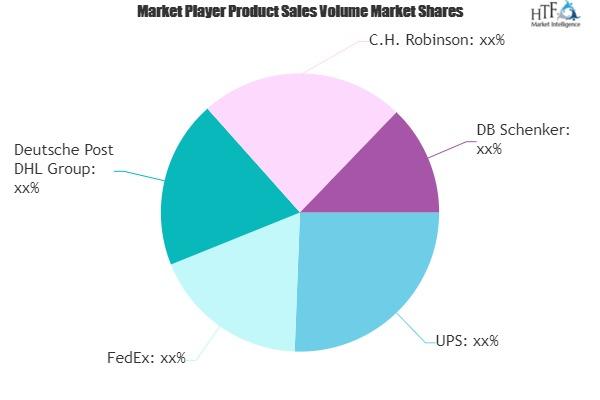