The Kokomo Engine Plant is gearing up to launch production, but the new facility may not be fully operational by the end of the year as previously announced.

Crews also continue to work on finishing the 40,000-square-foot expansion of the building that will serve as administration space.

However, the company did not confirm whether the plant would be open by the end of the year. The company in September said construction was on track to open sometime in the last three months of the year.

Tinson said Wednesday that “we look forward to being able to confirm the start of production in the near future.”

The company has been onboarding workers throughout the year at the plant, which will retain about 1,000 jobs and add nearly 200 more. That includes some of the around 200 workers whose positions were permanently eliminated earlier this year the Tipton Transmission Plant due to the global microchip shortage.

The new facility was first scheduled to open sometime in the first three months of this year. However, Fiat Chrysler Automobiles, now Stellantis, said the launch was delayed to the last quarter of this year due to the company shuttering for about eight weeks in March 2020 due to the pandemic.

The new plant marks a $400 million investment to transform the former Indiana Transmission Plant II into the new engine plant.

Once the facility does open, it will be the source of all U.S. production of the GMET4 engine, which is being built in Termoli, Italy.

The engine is one of Stellantis’ most fuel-efficient and offers 270 horsepower and 295 pounds of torque, along with low emissions.

It will also play a pivotal part in expanding FCA’s electric engine options, since a significant number of new technologies can be applied to it.

That includes the new 8-speed transmission that will be built at the local plants that can be paired with both hybrid and plug-in engines.

The company announced in October it was investing $229 million to retool the Kokomo Casting, Indiana Transmission and Kokomo Transmission plants to produce the fourth-generation 8-speed transmission.

Brad Clark, the company’s head of powertrain operations, said in October the transmission is a versatile, multi-tool part that can be paired with hybrid propulsion systems that are used in Jeep, Ram, Chrysler and Dodge brands. It can also be paired with traditional internal combustion engines.

He said that will give the company the flexibility to adjust production as consumer demand grows for its quickly expanding electric fleet.

Fri Dec 17 , 2021
“We need urgent action to drive down vehicle emissions and protect the health of our communities,” said Wu, who made cutting carbon emissions a central plank of her campaign platform. “These steps will contribute to cleaner air and lower emissions, advancing Boston’s efforts to become a Green New Deal city.” […] 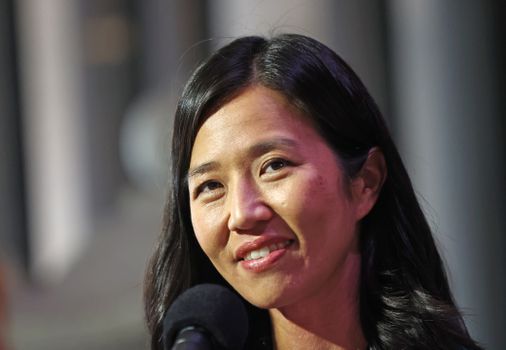