Fuel prices hit “historic highs” this month, both in Canberra and across the country.

But the big news is not how much Canberrans are paying for fuel — it’s how little we’ve been paying.

For most of the past year, the average weekly price of unleaded petrol has been cheaper in the ACT than in Sydney.

In fact, the typical Canberra motorist, driving a car of average fuel economy over the average (pandemic) mileage, would have spent $94 less on petrol than their Sydney counterpart over the past year.

Cheap — or relatively cheap — petrol in Canberra is not the norm: prices in the ACT are usually higher than in most cities.

The market watchdog, the Australian Competition and Consumer Commission, has previously explained some of the reasons for this.

It’s further from refineries, too, which adds marginally to freight costs.

Australia’s record fuel prices are linked to government decision made in the 1970s.

The ACT is also relatively affluent — and goods and services tend to cost more in places with higher incomes. (This concept, sometimes referred to by locals as the “Canberra tax”, explains in part why the city’s childcare and GP fees are the nation’s highest.)

Nonetheless, the premium that Canberrans usually pay for petrol became a crisis 18 months ago, when the gap between Sydney and ACT prices regularly exceeded 20 cents a litre.

Chief Minister Andrew Barr even threatened to impose statutory caps on service stations’ retail margins — the difference between the wholesale and pump price.

“We know we’re being gouged and it has got to stop,” Mr Barr said.

“We have a market failure that necessitates government intervention.”

Station owners responded, prices fell and the crisis passed — without the government fiddling with the market.

We notice price rises, but forget the falls

So, given that Canberra usually has higher petrol prices — and with reason — what happened over the past year?

The likely explanation is that demand for fuel in the ACT, and hence its price, collapsed because Canberrans stopped driving — more so than other Australians.

More workers in Canberra were able to work from home and chose to do so, not only during lockdowns but throughout the pandemic.

In other words, the ACT petrol market — supply, demand and pricing — seems to be working as a free market should work.

“Petrol price signs are so huge and we drive past them frequently, so they’re at the top of our mind,” he says.

“As we’re filling our cars, we have about a minute to stand there looking at that price.

“They are much more up-front compared to some other charges that we pay — for example, related to our superannuation accounts — that we might rarely check.”

Motorists organisation NRMA has called this month’s pump prices record-breaking and “the worst we’ve ever seen”.

Strictly speaking, this is true — but only if one ignores inflation.

The real fuel price, factoring in our capacity to pay, is high, but nowhere near record-breaking.

This is partly why Dr Burke says Mr Barr’s threat to cap ACT petrol prices last year was “an intervention searching for a problem”.

“It would be better to be focusing [interventions] on things that will help us reduce our emissions, rather than pushing down the price of petrol,” he says.

Indeed, beyond the price movements linked to global oil supplies, Australia’s petrol prices have always been at the lower end of the international market.

Very few developed countries — the United States being a stand-out exception — have cheaper fuel, largely thanks to Australia’s tiny taxes.

“One of the key determinants of whether countries have very fuel-efficient fleets is how high their petrol prices are,” he says.

He recommends that governments increase fuel excises, to help break the dependence on petrol.

“Over the long run, it’s going to be a dying source of revenue as we shift to electric vehicles,” he says.

“But a higher rate [of fuel excise] would encourage us to shift to EVs, and the revenue we collect in the interim could be used for things such as public transport investment.”

NRMA spokesman Peter Khoury agrees that governments should do more to encourage EV use, such as rolling out more chargers and helping to reduce the vehicles’ prices.

“Once you get yourself into an EV, it is just so much cheaper and more efficient to run,” he says.

However, the NRMA says that should not be paid for by punishing drivers with higher taxes.

Mr Khoury says Canberra motorists are at a particular disadvantage because the ACT government has not set up a real-time, petrol-price-monitoring network.

Every other jurisdiction has, except Victoria.

“It would just [make it] a little easier for motorists for find cheaper petrol stations,” Mr Khoury says.

“At the moment Canberrans are driving blind: they have no idea whether they’re getting a good price or not.”

Sat Nov 20 , 2021
Evolution of structures at different points in time, from left to right. Changes in shape and color are associated with merge and split events. Credit: Ivan Bermejo-Moreno Have you ever experimented with food dye? It can make cooking a lot more fun, and provides a great example of how two […] 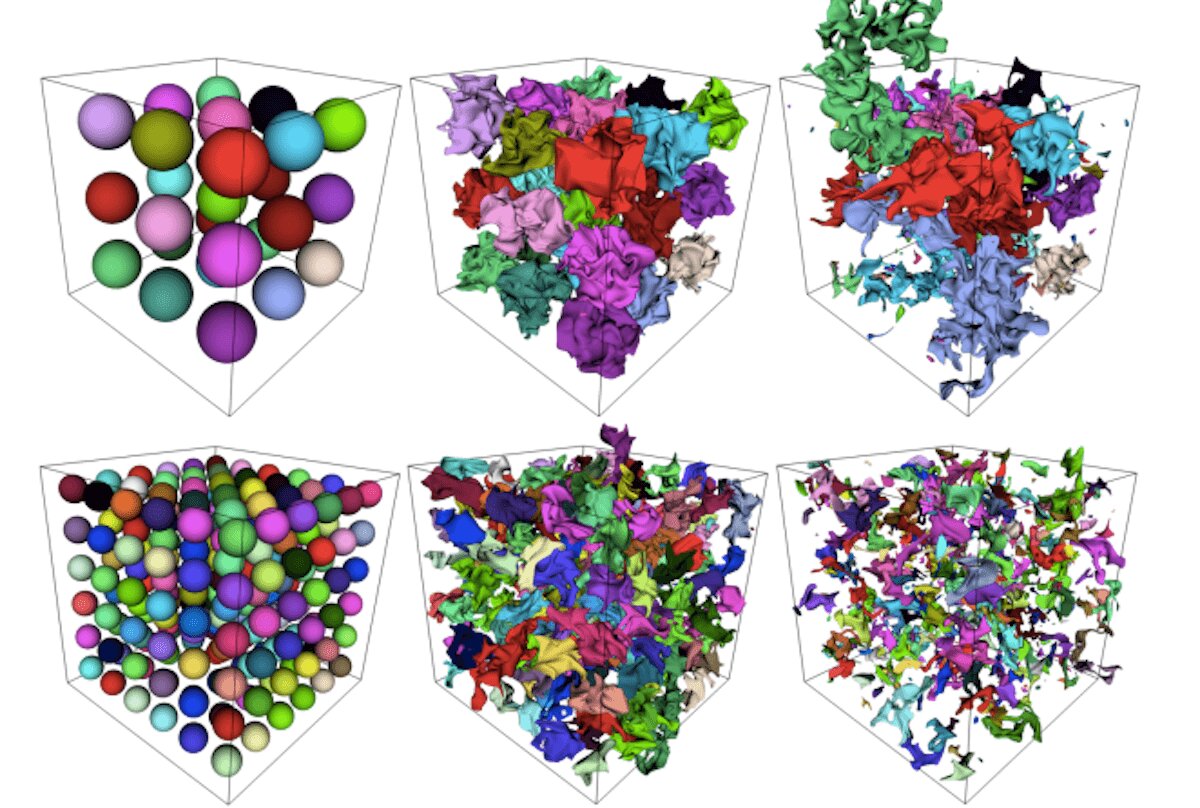