Sure, cars are cool. Yes, they go fast. But cars have also fundamentally altered our cities and civilizations in ways that we still haven’t recovered from. Large sections of our world are just permanently off-limits because cars need that space. It sucks. And in the world of Forza Horizon 5, the cars are everywhere all the time, meaning humanity has been forced to retreat, living on secured rooftops, inside sturdy buildings, or behind unbreakable walls while the cars have free reign over the land. If you pay close attention, you get a sense of the lengths humanity has gone to in order to avoid the automotive menace that now dominates the stunning landscapes of Mexico.

However, in Forza Horizon, cars are driven by humans. The Horizon festivals that dot the globe (and which apparently never end) were created by humans. So, as with most of our problems and disasters, we really only have ourselves to blame.

Imagine, you are a resident of Mexico. You’re out enjoying the beach. It’s your day off. Life is going well, you’re relaxed, it’s a nice day. Suddenly, some assholes from the UK come pouring into your town, setting up big tents and giant speakers. Fireworks go off every night. Roads and deserts and forests are filled with signs that only exist to be smashed, and every day cars purposely crash through trees and fences to win imaginary points. The police? Nowhere to be seen. Instead of people going outside to live and enjoy life, cars conquer the land, flying off ramps and hillsides, and roaring menacingly down quiet village roads 24/7. It’s a nightmare.

The only way to survive in this world is to find shelter, seeking safety from the out-of-control drivers and drivatars behind the wheels of these expensive supercars and rally vehicles.

If you look around in Forza Horizon 5, you start to notice that life in Mexico has ground to a halt outside the festive Horizon hubs. Humans aren’t freely walking the streets or sidewalks. Instead, they hide in lifeguard towers, on rooftops, and inside buildings. Sure, some of them seem happy, but many of them also just seem to be waiting for all of this nonsense to end.

It’s easy to ignore this and just become part of the problem. I love Forza Horizon 5 and have sunk close to 20 hours into it already, with only about 10 minutes of that spent sparing a thought for the poor humans who once lived in this part of the world. I spotted a man on a porch in a small town last night and wanted to make contact with this member of the species from which the world had been stolen. As I slowly drove up to him, he didn’t even move, probably so used to cars that he barely even notices them anymore. I got so close to him with my vehicle, but couldn’t quite touch him.

This makes sense. Cars and humans can’t mix. I highly doubt Microsoft wants players running over hundreds of civilians in Fords and BMWs. It’s already hard to buy that any city would allow the Horizon Festival to happen as it is. Add in dozens of dead or injured locals every day and the whole thing becomes a dark, implausible fantasy ripped out of the mind of some billionaire who doesn’t understand that reality has consequences. (Perhaps that’s who’s funding all of this, some Jeff Bezos-like maniac obsessed with fast cars and appealing to young people.)

With no way to shut down the festival, no police to intervene, and no end date in sight, the locals in places like Colorado, Mexico, and Australia must simply hide for the foreseeable future from the endless parade of fancy cars that fill their homelands.

One day, probably around Forza Horizon 46, the entire Earth will be a Horizon Festival. By then it will be too late, and the only place you’ll be safe outside is in a plane or on top of a really tall building that is nowhere near a conveniently placed ramp or large, ramp-like hill. Enjoy your freedom while you can, is what I’m saying.

Sun Nov 21 , 2021
By Louis Kalumbia Dar es Salaam. The government is finalising a plan that will see the country saving part of the Sh2.5 trillion that the economy spends to import spare parts each year. To begin with, the Minister of Industry and Trade, Prof Kitila Mkumbo, said through the Tanzania Revenue […] 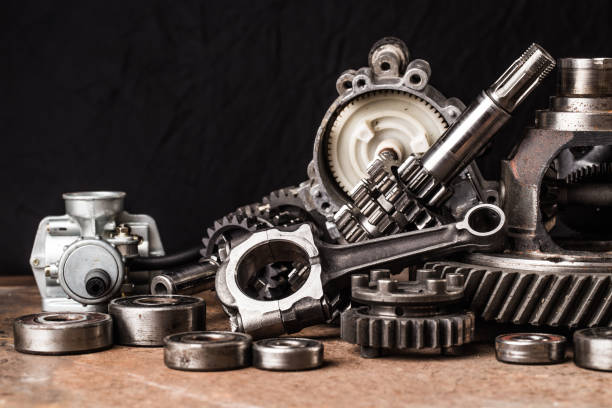