On Tuesday, November 16th, Messerschmitt Bf 109G-6 Wr. Nr. 410077 passed a major milestone in its decade-long restoration at Michael Vadeboncoeur’s Midwest Aero Restorations Ltd. in Danville, Illinois. The fighter’s newly-rebuilt Daimler Benz DB 605 roared into life for the first time since the aircraft’s forced landing in 1944! With these engine tests now underway, the momentous occasion of the aircraft’s first flight is sure to follow sometime soon. And when the ‘109 does fly, it will become arguably the most original and authentic airworthy example of its breed, such was the effort expanded.

Mike Nixon’s Vintage Aero Engines rebuilt the DB 605 at their facility in Tehachapi, California, and the legendary aero engine rebuilder was on hand to conduct the initial runs, two of which concluded successfully on that first day. They performed  more runs on the following day; other than some minor adjustments, all went well. No expense or effort was spared in making this restoration as original and authentic as possible. Indeed, materials of the original German specifications were used throughout the restoration, including metal gage and rivets. All of the instrumentation is original, as are all other fittings and components. The restorers often had to conduct a worldwide search to locate serviceable, or re-buildable items for this purpose. The team also dedicated great effort towards determining which markings the aircraft would have worn at the time of its loss. For this purpose, Vadeboncoeur brought well-known historians Lynn Rittger and Floyd Werner into the fold for their opinions on how to proceed; the end result is stunning and a true testament to their diligence, not to mention the depth of their research.

Bf 109G-6 Wr. Nr. rolled off Messerschmitt’s Erla production line sometime during September 1943. The fighter initially bore the factory delivery code RK-LY, and was likely then delivered to JG54, the famous Grünherz (Green Hearts), on the Eastern Front. Markings still evident on the fuselage after its recovery showed that the ‘109 was the personal aircraft of the Gruppe’s (group’s) technical officer of the Staff Flight; it also bore the yellow theater markings typical of the period.

As Luftwaffe loss records from the Eastern Front are as murky as the lake from which the ‘109 eventually re-emerged, the details of her demise are sketchy, at best. What is known, is that sometime in February of 1944, after receiving damage from either air-to-air or ground-to-air combat, or a combination of both, the fighter made a forced landing on the frozen surface of Lake Swiblo near the Estonia-Russia border. The fighter had taken hits to its wings, tail, and engine, resulting in significant damage. The pilot, presently anonymous, jettisoned his canopy before bellying in and, no doubt, made a rapid westward retreat across the frozen lake to the relative safety of the nearby woods and friendly forces (the crash site was behind enemy lines). Interestingly, the pilot did the find time to grab the aircraft’s clock and gunsight before his mad dash to avoid capture.

To prevent the aircraft from falling into enemy hands relatively intact, the Germans soon riddled it with machine-gun fire and other munitions. The bedraggled Messerschmitt would remain where she lay atop the ice until the spring thaw saw her slip below the lake surface, presumably into oblivion. However, with the arrival of “Glasnost”, the warming of relations between East and West during the late 1980s, trade between the outside world and nations in what had been the Soviet Union began to blossom. Some soon discovered that there was huge a market in the west for Second World War artifacts, including aircraft in particular. Bf 109G-6 Wr. Nr. 410077 was one of the first combat aircraft recovered in this period. Retrotechnika, a small Moscow-based company, conducted the recovery in 1990. They disassembled the fighter and trucked it to Monino Airfield, near Moscow, where the plane sat awaiting a buyer. Here enters Ed Zalesky of Surrey in British Columbia, Canada. He had purchased several of the Russian wreck recoveries, including the Bf 109, and offered them for sale once they arrived in Canada. David Prewett, ironically of West Heidelberg, Australia bought the aircraft, and placed it on the Australian civil registry for a short time as VH-BFG. The hunt then begun to find the many missing parts required to rebuild it, along with a suitable engine, as the original was damaged beyond economic repair. While Prewett did acquire many items to support the fighter’s rebuild, little, if any actual restoration work took place during his ownership. By November 2005, now belonging to Axel Urban, the well-traveled Messerschmitt returned to her home country of Germany. The project then sat within two twenty-foot shipping in a Munich storage yard awaiting a decision regarding a suitable restoration venue – a decision which never came, so the project once again went back on the market.

A new horizon appeared in 2012 as, once again, the aircraft crossed an ocean, this time to the United States. Dr. Bruce Winter, an ex-U.S. Navy F/A-18 Hornet pilot and warbird became the aircraft’s new owner. Dr. Winter also owns the immaculately restored P-51D Mustang known as Happy Jack’s Go Buggy, which he flys often from his base in San Antonio, California. Midwest Aero Restorations Ltd. had completely restored this aircraft for him in the early 2000s – it won the coveted Grand Champion Warbird award at EAA AirVenture Oshkosh in 2008. Indeed Midwest Aero Restorations are world-renowned for their remarkable abilities in creating top-notch, award-winning aircraft. Therefore there was little thought as to who would get the job to rebuild the Messerschmitt. Mike Vadeboncouer, David Young, and the rest of the crew at Midwest quickly dug into the project and took inventory of what they had to work with. It was soon clear that a lot of structural repairs were needed, and that they would also need to track down many more items before this aircraft could fly again. Even so, despite the fighter needing significant structural and skin replacement, there is still a large percentage of original material remaining in the resurrected airframe.

Everything in the aircraft is period-correct, including the fuel tank installation, oxygen bottles, gunsight, radios, and de-milled armament. As already mentioned, no expense was spared in this effort, nor was any area of the rebuild neglected. While ten years may seem a long time to restore an aircraft of this size, having followed and visited this project since its inception, I can tell you that every last detail of this aircraft is as perfect and correct as possible. This takes time to achieve, not to mention a great deal of effort researching these items in detail and consulting experts in various fields for input. While Midwest Aero is known for their Mustang restorations above all else – and rightly so –  the Bf 109 is definitely a horse of a very different color, and involved a tremendous learning curve. While it is easy to say that an “airplane is just an airplane,” there are many quirks and idiosyncrasies to be learned when re-building a Messerschmitt! Midwest Aero overcame them all, and the end result is a true testament to their determination, and the owner’s, to see it through to completion.  Warbird Digest will be featuring this aircraft once it takes flight, and you can be sure we will dive into the story in much greater detail at that time! For more information about Midwest Aero Restorations, visit www.midwestaero.com

Considering an electric car? The Build Back Better bill could save you thousands

Sun Nov 21 , 2021
Drivers across the U.S. have good reason to watch the negotiations over the Build Back Better Act, the latest version of which contains substantial tax breaks for owners of electric and plug-in hybrid vehicles.  The incentives go up as high as $12,500 and, perhaps equally important, could greatly simplify the […] 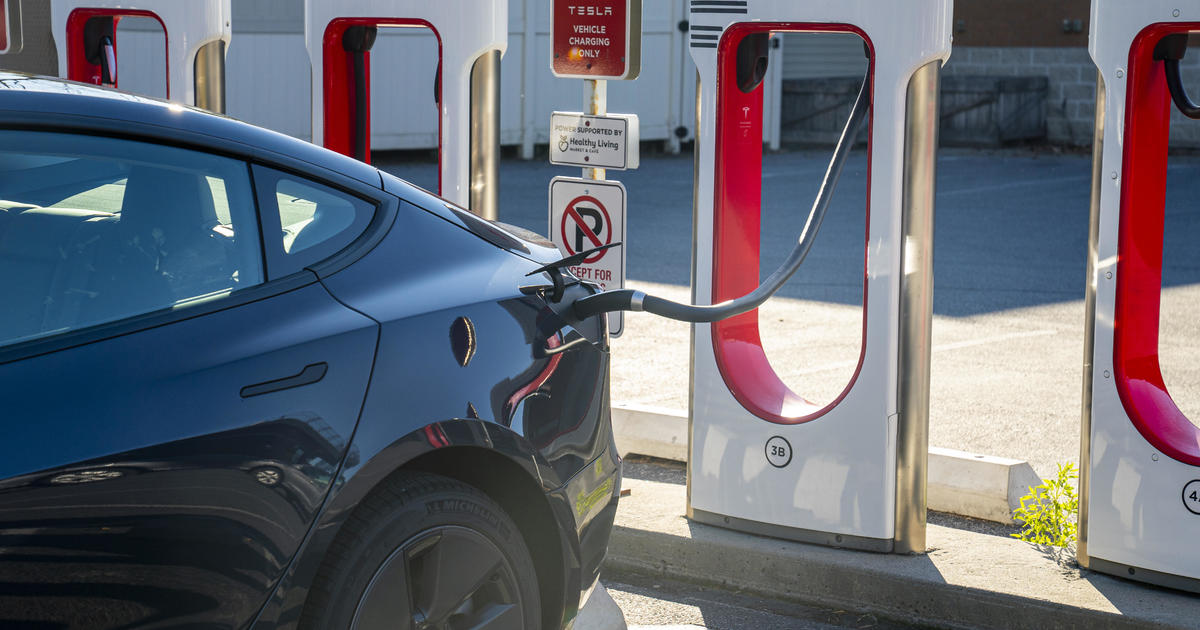