(Bloomberg Markets) — Engine No. 1 sent shock waves across corporate America in May when the fledgling investment firm won a boardroom battle with Exxon Mobil Corp., securing three seats on the oil and gas giant’s board after purchasing only about $40 million of its stock. The shareholder vote was heralded as a major victory for so-called ESG investing, which focuses on improving corporate environmental, social, and governance metrics. Afterward, Engine No. 1 raised more money from investors, launched an exchange-traded fund with the ticker VOTE, and filed for a second ETF focused on climate issues.

Most Read from Bloomberg

Chief Executive Officer Jennifer Grancio, 49, is driving strategy for Engine No. 1, which now has about $430 million worth of assets under management. A native of Springfield, Mass., with degrees from Stanford University and Columbia Business School, Grancio is a veteran of the fund management industry. She was part of the team that founded the iShares family of ETFs at Barclays Global Investors, now part of BlackRock Inc. Based in San ­Francisco (Engine No. 1’s name was inspired by the city’s first fire station), Grancio plans to spend some of her time in New York, where the company is building an office in Manhattan’s Meatpacking District. She spoke to Bloomberg Markets in September about the Exxon boardroom victory and building a business from her home office. The interview has been condensed and edited for clarity.

SCOTT DEVEAU : What was it like to build a business and wage a boardroom battle with one of the world’s biggest oil giants while working from home during a pandemic?

JENNIFER GRANCIO : Our founding team are definitely the kind of people—and I would put myself in that category—that are tenacious. We do better under pressure. It was intense because we were doing a lot of things at the same time. But we spent time before we launched the firm just establishing foundationally: Who are we? What are we trying to do? What does the goal look like? We went through laying out the groundwork to run a 40 Act [Investment Company Act of 1940-regulated] business. Which is totally different than the groundwork to run a private fund, which is totally different than running a proxy campaign, which is totally different than building effectively a retail consumer-level brand with a clear story. And so—just trying to run multiple pieces and then stay connected—we were on Zoom and Microsoft Teams all day.

SD : You’ve had to fundraise, too. So have you been meeting with investors?

JG : Yeah, we have. And again, we were careful about strategy. We just think when we do want to be constructive, our way to do that is [through making] an economic argument. It’s finding the best possible directors for a company. We’re not short term. We’re not going to hold only a couple of names and always be an activist, and we’re not going to put ourselves [up for election] as the directors. Like in the case of Exxon: There was a specific capability gap, so we undertook the work to find the people with the right capability to come forward. We focused on finding the directors and then having the conversation with the market, and then we pivoted to fundraising. So yes, now we’ve got fewer people spending time on Exxon and more people out meeting clients. And [we’re having] a lot of conversations with directors and CEOs because we want to be constructive and friendly and have people understand this.

SD : How did you manage working from home?

JG : We have three children. One’s quite young. I retreated to basically the farthest corner with the best door. But still, if you get a glass of water and you forget to lock the door, you can hear her at the end of the day breaking through the defenses, and then it is quickly like, “Mute! Mute!”

SD : Why did you decide to leave BlackRock? What drew you to ESG investing?

JG : In a way, I was sort of reverse-inspired by a lot of the younger people who we were hiring. I was like, What am I going to do next? It took about a year to do a graceful parting, and we hired a lot of people at BlackRock to stabilize what we had built. And then I spent a couple of years doing consulting.

I saw what was happening with ESG and impact investing going back 10 years. It was too early then in terms of whether we had the right data, [and] what’s the investment case? I had a lot of passion about helping the underdog. If you want to change a system on the climate side, you’ve got to get people together and drive an outcome. If you want to change things from a diversity perspective, you’ve got to create a path for people.

I’m clearly a financial-services person and midcareer, so how do I have the most impact? In that consulting work, I spent time with people that had run businesses and were selling them into the big banks. I spent time with very early fintech founders. I spent time with venture firms and private equity firms, so it was a good sampling to think about what I wanted to do for the next 10 or 20 years. The answer to that was: Let me build something.

SD : Why is now the right time for this sort of ESG business?

JG : There’s a lot of disclosure on the climate side. You can take the disclosure, you can use data-science techniques to see what’s causal. You can model on the back of that. So we have the data now. You didn’t have the data five or 10 years ago. So that’s a big part of it.

SD : What has the impact of the Exxon fight been on the business?

JG : The Exxon fight was a great way to prove our thesis, which is people will appreciate an economic argument and that’s how you get something done. And there’s a lot of work ahead on Exxon. Then we moved on to raising outside capital, which we’re just two months into basically with both funds. The impact Exxon is having is that it is drawing attention to what we are up to and [providing] an ability for us to talk about the fact that if we make these things economic, that’s the answer. We’ve got the data, but we’ve also layered a lot of fundamental analysis on top of that. And so when we go sector by sector, we have a backwards-20-years-and-­forward-10-years view on how the industry is going to change. So it gives us the ability to have this conversation with people.

SD : How do boards and management teams react when you request a meeting?

JG : It’s actually been very positive. The people that we’ve talked to so far really appreciate the total value framework. It’s like, “Let us walk you through our analysis, and if I were to put all of these things into dollars and look at your income statement, here’s what it would show me and here are the things that are most material for your business.” So they actually find that very helpful.

SD : So are you meeting with every company that your ETF invests in as well, or as many people as you can?

JG : We’ll work our way through it, I guess. The whole idea of VOTE is, it’s a vessel. So you can invest in old [S&P] 500 product, or you can invest in our VOTE product to vote in line with this framework. So if you want to use your vote, this is a better product. But we’re not going to get to all 500 companies. We’re going to vote all of them very carefully every year. And in terms of constructive engagement, we’ll pick our spots. We’re careful not to talk about it. There will be very, very, very few cases where we are actually an activist.

SD : Where do you see this going from here?

JG : The plan is to drive this point home: that the right way to deal with these impact issues is through long-term capitalism [and] to try to lead the market in doing it in an extremely fact-based, data-based way, and an extremely nonpartisan way. If you’re managing a company as a CEO or a board member, and if you’re managing it for financial returns, you would want to be optimizing return over time. That is our investment thesis. If you’re a company, and you understand your business and you understand the industry and how the industry has to transform, you should be using the data around ESG to understand how you deal with the workforce, how you deal with the community, or, on the climate side, how you deal with emissions. If you understand all that, then you definitionally can make better decisions.

Deveau reports on deals and shareholder activism for Bloomberg News in New York.

Most Read from Bloomberg Businessweek

Fri Oct 1 , 2021
Genesis has finally revealed the specs for its first ever electric model, the GV60, which is mechanically related to the Hyundai Ioniq 5 and the Kia EV6. It rides on the same E-GMP modular architecture, but its aim is to offer the most luxurious experience currently possible on the platform, […] 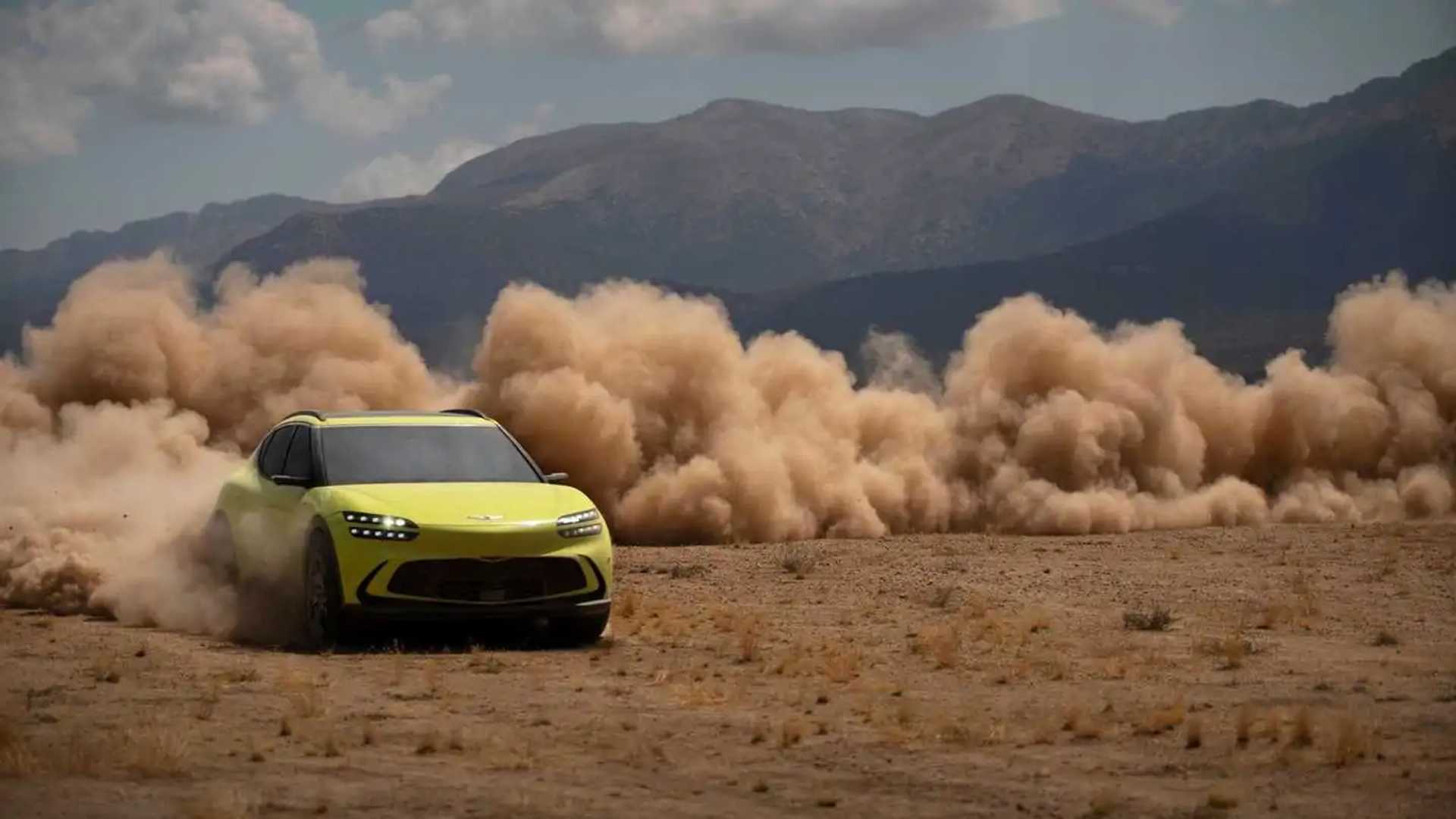