WASHINGTON — Before the coronavirus pandemic hit, the U.S. Army set an aggressive goal for its next-generation helicopter engine program. But the timeline was not immune.

The service wanted the engine to be ready for integration with competitive prototypes of the future attack reconnaissance aircraft by the time they are scheduled for first flights. This would push the Improved Turbine Engine Program, or ITEP, to move a year faster than previously planned.

“There was a baseline ITEP schedule, and it required integration on [the AH-64] Apache and [UH-60] Black Hawk [helicopters], and at the time we believed executable was: ‘Hey, there is an opportunity to accelerate that capability of an initial engine that we could fly on the FARA competitive prototypes,’ ” Brig. Gen. Robert Barrie, the Army’s aviation program executive officer, told Defense News in an interview before the Association of the U.S. Army’s annual conference.

“You could really take every milestone in a contract schedule and move it ahead a year that you would have leading up to an engine delivery and preliminary flight rating, and that was done with eyes wide open and it was achievable, and no one anticipated a pandemic that was going to affect all of us the way it has,” Barrie said, “and then specifically development of a lot of that very novel and innovative hardware that goes into the build of an engine as unique as ITEP.”

While the Army asked the ITEP team to accelerate turnaround by at least a year to achieve FARA’s “very aggressive objective,” Barrie admitted: “We have not been able to deliver on that.”

The Army has validated its design for ITEP, and a year ago the service was on schedule to deliver the first engine for testing in the fourth quarter of fiscal 2021. At the time, COVID-19 was creating some anxiety for the effort but had yet to affect schedule goals.

The first engine to test is now expected in January 2022, according to the Army’s Program Executive Office Aviation. The milestone will allow for the service to “begin engine qualification which includes starting the engine for the first time, full scale ground testing, and endurance testing,” the office told Defense News in a statement.

“While these delivery dates are later than desired by FARA [original equipment manufacturers], they are still ahead of ITEP contractual dates,” the statement added.

The ITEP has seen a long — and often delayed — journey as the service wrestled with funding and development strategies for several years. ITEP will replace the existing engines in the UH-60 and AH-64 helicopters, and it will be integrated into the FARA aircraft when it comes online.

The Army is in the midst of a competitive prototyping effort, pitting Bell against Lockheed Martin-owned Sikorsky to design, build and fly aircraft by the first quarter of fiscal 2023, although that goal is slipping. Those teams are each roughly 60 percent through building their aircraft, Barrie noted.

A critical meeting is planned with the ITEP team and FARA competitors in October, Barrie said, and he plans to be at the table to understand the status of the effort and then determine the best path forward. The “objective is to fly in ‘23,” despite the uncertainty, he added.

“ITEP is a truly transformational capability,” Rugen said. “This is something we’ve been working on for well over 15 years because it’s hard, and so [being] a bit tardy on a 12-month acceleration that we moved out on in 2019, with COVID, I think, again, this is a strategic win.”

Jen Judson is the land warfare reporter for Defense News. She has covered defense in the Washington area for 10 years. She was previously a reporter at Politico and Inside Defense. She won the National Press Club’s best analytical reporting award in 2014 and was named the Defense Media Awards’ best young defense journalist in 2018.

Bay Area air district will pay you up to $9,500 to swap your old car for an electric one. Here's how.

Fri Oct 15 , 2021
Tired of that old clunker? Ready to junk it for a sleek new hybrid or electric car? Or even an electric bike? Bay Area air officials on Wednesday announced a new round of funding for a program that pays residents up to $9,500 to trade in older vehicles and replace […] 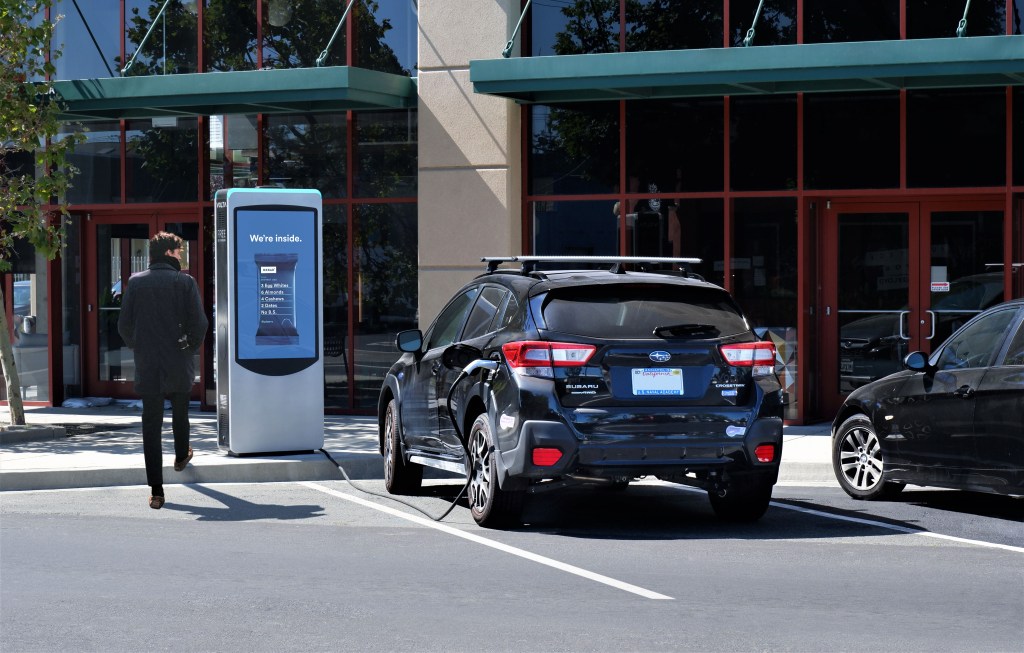