Some petrol stations in the UK have been forced to close after the nationwide shortage of HGV drivers left forecourts without supplies.

BP said on Thursday that up to 100 of its forecourts were short of at least one grade of fuel, with several forced to close entirely because of a lack of deliveries.

Esso said a handful of its petrol stations operated alongside Tesco Express stores were affected, while some of the supermarket chain’s own-branded sites were also suffering outages.

Queues formed at some petrol stations in London and Kent on Friday as motorists rushed to fill up.

Although Downing Street claimed there was no shortage of fuel, the developments will add to pressure on ministers already facing calls to take action to ease acute labour and supply chain shortages linked to Brexit and the pandemic – with businesses calling for a visa scheme to help meet demand for more workers on farms, in factories and in road haulage firms.

Rod McKenzie, of the Road Haulage Association trade body, accused ministers of “government by inertia”, allowing the situation to get gradually worse in recent months.

He said a very short-term measure would be to allow drivers on to the shortage occupation list and “seasonal visas” for foreign drivers.

A BP spokesperson apologised for any inconvenience, adding: “We are experiencing fuel supply issues at some of our retail sites in the UK and unfortunately have therefore seen a handful of sites temporarily close due to a lack of both unleaded and diesel grades.”

Boris Johnson’s spokesperson said the prime minister acknowledged there were issues across several industries, and that the government was working closely with business leaders over the course of this week to resolve the problems.

While Downing Street has said there was no reason for people to panic-buy petrol, opposition parties castigated ministers for, they said, failing to get a grip of the situation.

Jim McMahon, the shadow transport secretary, condemned what he called “a rapidly worsening crisis that the government has failed to heed the warnings of for a decade”. He said: “Sticking plaster solutions are not going to solve it. Ministers must take decisive steps now to tackle the 90,000 driver shortfall.”

The Liberal Democrat business spokesperson, Sarah Olney, said the fuel shortage was “unprecedented, and poses a huge risk, not just for businesses but for everyone relying on a car to go to work or take their kids to school”.

She added: “The government must treat this crisis with the urgency it deserves. They need to abandon their anti-immigration ideology that brands key workers as unskilled, and scrap their arbitrary salary thresholds to get more drivers back in the UK.”

Meetings between the government and food industry executives were expected to take place on Friday, with company bosses hoping for action on driver shortages. One Tory MP from a red wall seat urged the government to take dramatic steps, including drafting in the military to keep the supply of goods flowing and cutting taxes on fuel to see the country through the winter.

Details of the disruption to petrol supplies emerged after a meeting between the government and executives from several companies convened to brief ministers about the severity of Britain’s supply chain crisis, including BP, McDonald’s and Amazon.

It is understood that BP’s head of UK retail, Hanna Hofer, told ministers it was important for the government to understand the urgency of the situation, which she described as “bad, very bad”, in comments first reported by ITV News.

She said the oil firm had “two-thirds of normal forecourt stock levels required for smooth operations” and the level was “declining rapidly”.

BP’s petrol delivery problems relate to shortages of staff at Hoyer, its transport contractor, which is struggling to find staff to take fuel tankers from refineries and depots to the company’s network of 1,200 filling stations across the UK. About 400 drivers at Hoyer are understood to operate on the BP contract, with a handful of shortages enough to cause disruption to supplies.

Tesco is believed to be experiencing limited temporary shortages in a small number of areas across its 500 filling stations. “We have good availability of fuel, with deliveries arriving at our petrol filling stations across the UK every day,” a spokesperson said. However, a number of service stations operated by Esso with a Tesco Express store on site have also been affected, out of a network of about 200.

A spokesperson for Esso said: “We are working closely with all parties in our distribution network to optimise supplies and minimise any inconvenience to customers. We apologise to our customers for any inconvenience.”

The prospect of shortages at forecourts across Britain will reignite memories of the fuel blockade in autumn 2000, when truckers and farmers protesting over the high cost of fuel prevented deliveries from leaving refineries.

Government plans, codenamed Operation Escalin, had been made in the run-up to Brexit to draft in 1,600 soldiers to drive 80 military fuel tankers to keep petrol and diesel flowing to forecourt pumps in the event of no deal. However, government sources stressed there was no need for the military to step in to meet driver shortages.

On Thursday, the Bank of England also warned that surging household energy bills would drive inflation above 4{92b8314a80b58944ba0df9bff999fd6692ae6ba618bc5950ca8fb5ab90484bed} this winter, sending the cost of living to its highest rate of growth for a decade.

Despite a slowdown in the economy since August, the Bank is forecasting that the surge in wholesale gas and electricity prices is expected to keep inflation high until at least the middle of next year.

Minutes released on Thursday from the Bank’s interest rate setting meeting said chronic shortages of workers and supplies were weighing on Britain’s economic recovery from lockdown, at a time when the cost of living is rising at the fastest rate in nearly a decade.

Sat Sep 25 , 2021
The US Air Force (USAF) plans to start testing adaptive engine prototypes from GE Aviation and Pratt & Whitney in early fiscal year 2022. Tests on the two engine designs, GE Aviation’s XA100 and P&W’s XA101, will run throughout the year at Arnold AFB’s Engineering Development Complex near Tullahoma in […] 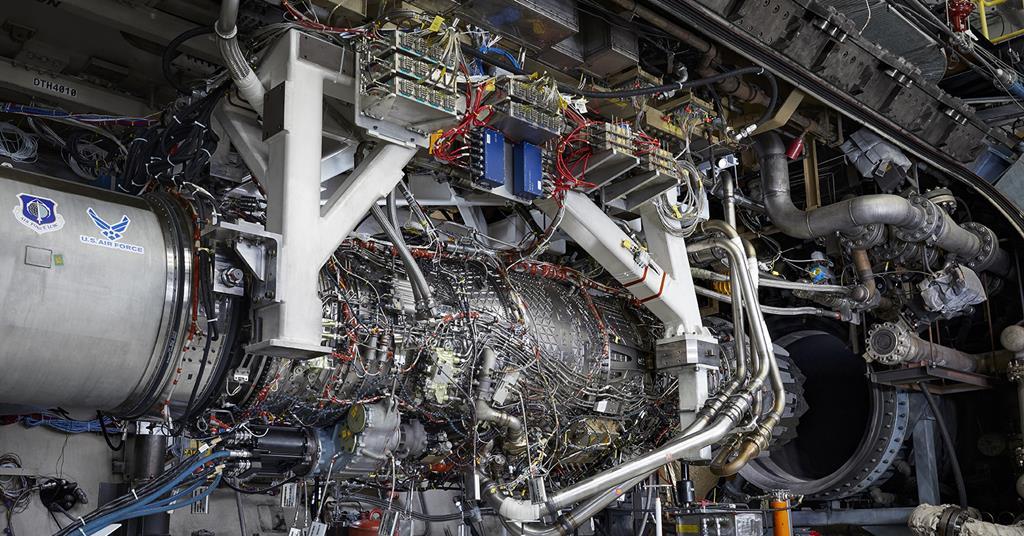