A Democratic congressman from California has received hundreds of constituent letters on an unlikely topic: race cars that compete in lonely hollows and scorched plains.

The central coast residents were voicing support for legislation that would allow garage racers to remove emissions controls from street vehicles if the cars are used solely on the tracks.

The measure, known as the “Recognizing the Protection of Motorsports (RPM) Act,” has long aligned with the GOP mantra of restricting EPA’s authority. But Democrats have increasingly gotten on board as enthusiasm for sports racing has grown, fueled by social media and Netflix.

“It appears that people are eager to get back to the track after COVID,” said Dan Ingber, a vice president at the Specialty Equipment Market Association. “It seems to be becoming even more popular than before.”

Racers are frustrated with a Clean Air Act rule that prohibits street vehicles from being modified. This kind of racing is separate from NASCAR, which operates completely outside EPA’s jurisdiction. Lawmakers have taken note.

Democrats signing on include Sens. Jon Tester of Montana and Mark Kelly of Arizona, as well as Reps. Raul Ruiz and Salud Carbajal of California. It was Carbajal who reported getting pressure from constituents.

The renewed legislative drive comes as the Biden administration promises to crack down on environmental crimes, particularly those related to climate change. But racers scoff at the idea that a fairly small number of converted vehicles used at the tracks and purportedly not on public roads should be subject to EPA prosecution.

They point to the case of PFI Speed, a Colorado speed shop that says EPA threatened it with up to $180,000 in fines for selling 37 Hondata S300s. Those are modules that expand the capabilities of a factory Honda engine computer.

Owner Brent Leivestad, the company said, told EPA during an audit that he was confused with the process. Leivestad said he didn’t know the agency could deem the sale of race products used exclusively on the track to be breaking the law.

“This is like getting shook down by the mob, but it’s modern, right?” Leivestad said in a YouTube video. “Politics needs to stay out of what we’re doing, man. We’re trying to work. We’re such a small company. All these cars we’ve tuned from January to December — all the emissions that came out of them, I guarantee one of their little private jets or the private jets used more fuel and cook more than I do right here just ripping.”

EPA declined to comment on specific cases, but a spokesperson said the agency has a long-standing practice of not going after “deleted vehicles” if companies can demonstrate that the vehicle for which a part or component is manufactured, sold or installed is in fact used solely at the racetracks.

Deleted vehicles have had the controls removed so they look like, as one enforcement agent put it, a “skinny snake.” A well-fed snake has the controls under the belly of the car.

The agency says it mostly targets upstream manufacturers selling them in large quantities — 10 ,000 or 20,000 parts. “They are terribly widespread, and the emissions consequences are widespread,” an enforcement attorney explained.

Diesel trucks are particularly problematic and can be seen charging down the road with black smoke pillowing out the back. At least 500,000 pickup trucks have been deleted, EPA says.

Still, the agency says recent investigations showed more than a million certified street vehicles have had their emissions controls removed. The agency stressed that often those companies sell indiscriminately to the public, “and the facts indicate that the tampered vehicles were only ever used on public roads.”

“This pollutes our air, harms people’s health, and undercuts federal, state, and local efforts to attain air quality goals,” an EPA spokesperson wrote in an email.

So far, more than 1.5 million people throughout the country have signed the petition to support the “RPM Act,” and the trade group SEMA urged that now is “not the time to take our feet off the gas.”

Sports racing has long been big in North Carolina — the headquarters of NASCAR — where fans wax poetic about the quaint American pastime.

“Some of my best memories are at the raceway enjoying sights and sounds with our community and family,” Rep. Fred Keller (R-Pa.) said on the House floor in May.

A few years ago, McHenry asserted in a floor speech that “the federal government has no place at a racetrack, testing emissions as if it’s a public road. … EPA’s action will harm all involved families who spend Saturday evenings at the local racetrack,” he said.

RACER.com see spikes in traffic, and ESPN shows increased viewership figures. And supporters of the bill express optimism. Keller’s office noted there are 22 Democratic sponsors for a total of 101.

Thu Oct 14 , 2021
Shortages at petrol stations remain “serious” due to fuel not being delivered where it is needed, retailers have warned. Brian Madderson, chairman of the Petrol Retailers Association, claimed a “large majority” of forecourts did not know when they would receive their next delivery. He said: “There are many reports of […] 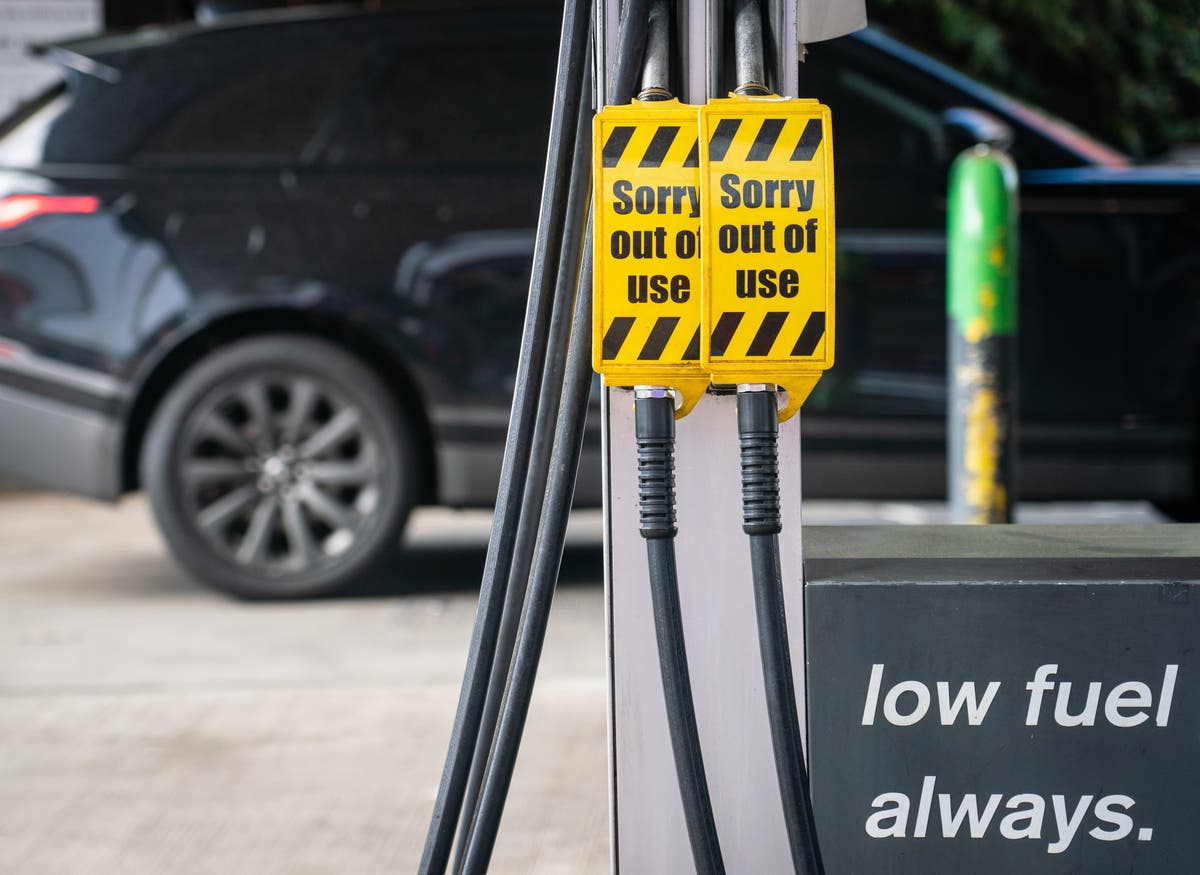