Ford now has a crate electric motor system a la GM’s eCrate. Dubbed Eluminator, it is intended for customizers who, for whatever reason, would like to build around batteries rather than old-fashioned carbon smoothies. We do the same thing you do when such things are announced: engage in flights of fancy. The conversation usually starts with “What Ford could we put this in?” followed by “What non-Ford products got Ford engines, anyway?” and finally “Why am I searching for salvage-title Econolines?” (OK, that last one might just be Byron).

Unlike GM’s eCrate system, which was essentially designed to be dropped into wherever you might normally shove a small block, Ford’s first Eluminator offering is geared toward transverse applications. This usually means front- or all-wheel drive, which makes sense because it was derived from the packaging in its Mustang Mach-E crossover. But as Ford pointed out with its 1978 F-100 SEMA build, you don’t really need to worry about silly little things like driveline orientation if money is no object, as is the case for our imaginations.

That’s the long way around to saying most of these probably aren’t even remotely possible for a shade-tree DIYer, but that won’t stop us from dreaming. 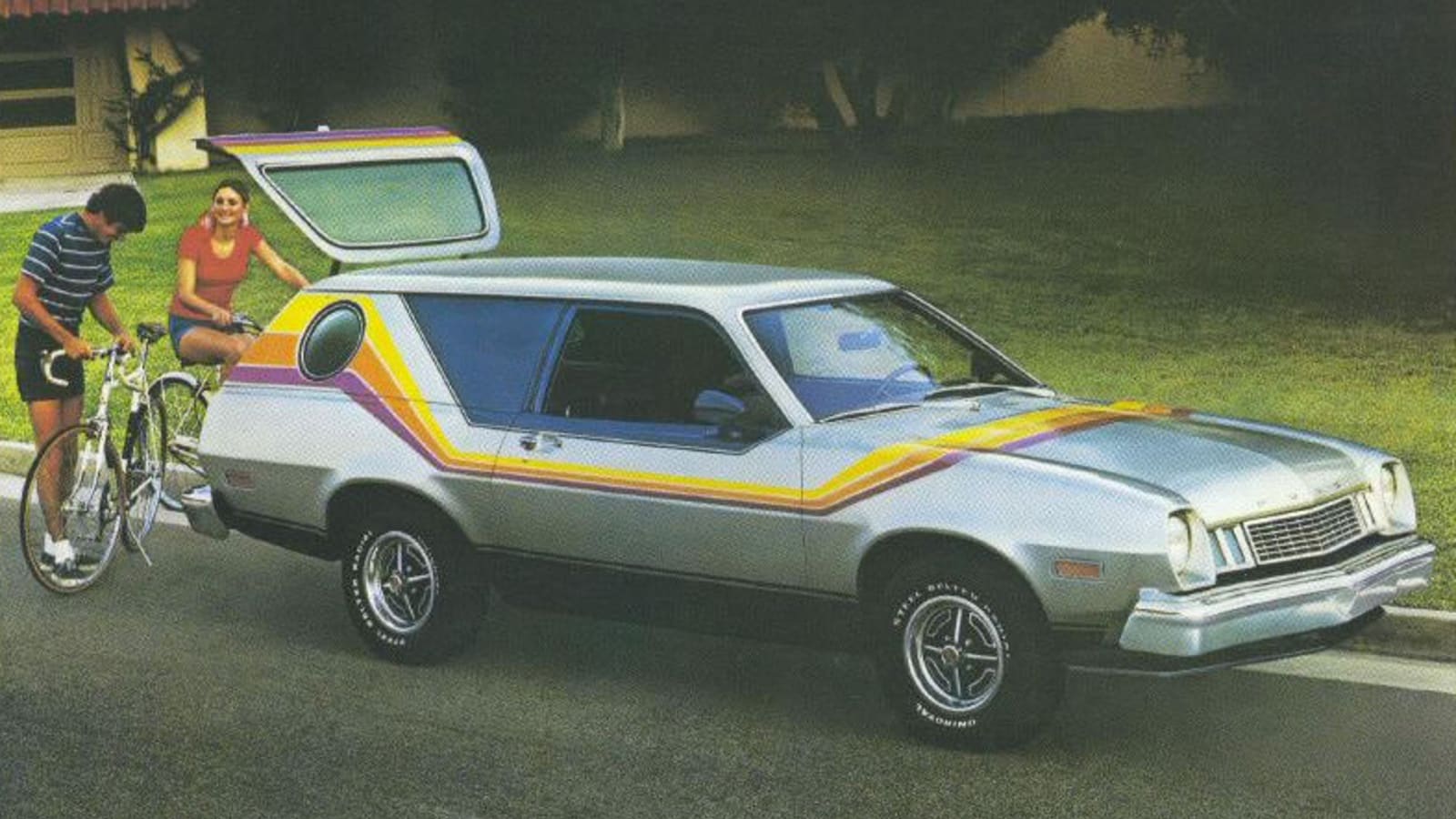 As a child, I was fascinated by the Pinto in large part because of the horror stories. My mom described the car’s notoriety, and seeing one in the Albertson’s parking lot would elicit in me a macabre curiosity. So removing the troublesome fuel system and replacing it with an Eluminator electric powertrain could transform it from a Molotov cocktail on wheels into a 241-horsepower (or more) shopping cart. Pick your poison. I choose the latter.

As for exactly which Pinto style to choose, I might take Jeremy Korzeniewski’s suggestion, and use the Pinto Cruising Wagon as the canvas for this restomod. There would be more room for batteries than the sedan/hatchback, plus, just look at it. — Senior Editor, Green, John Beltz-Snyder 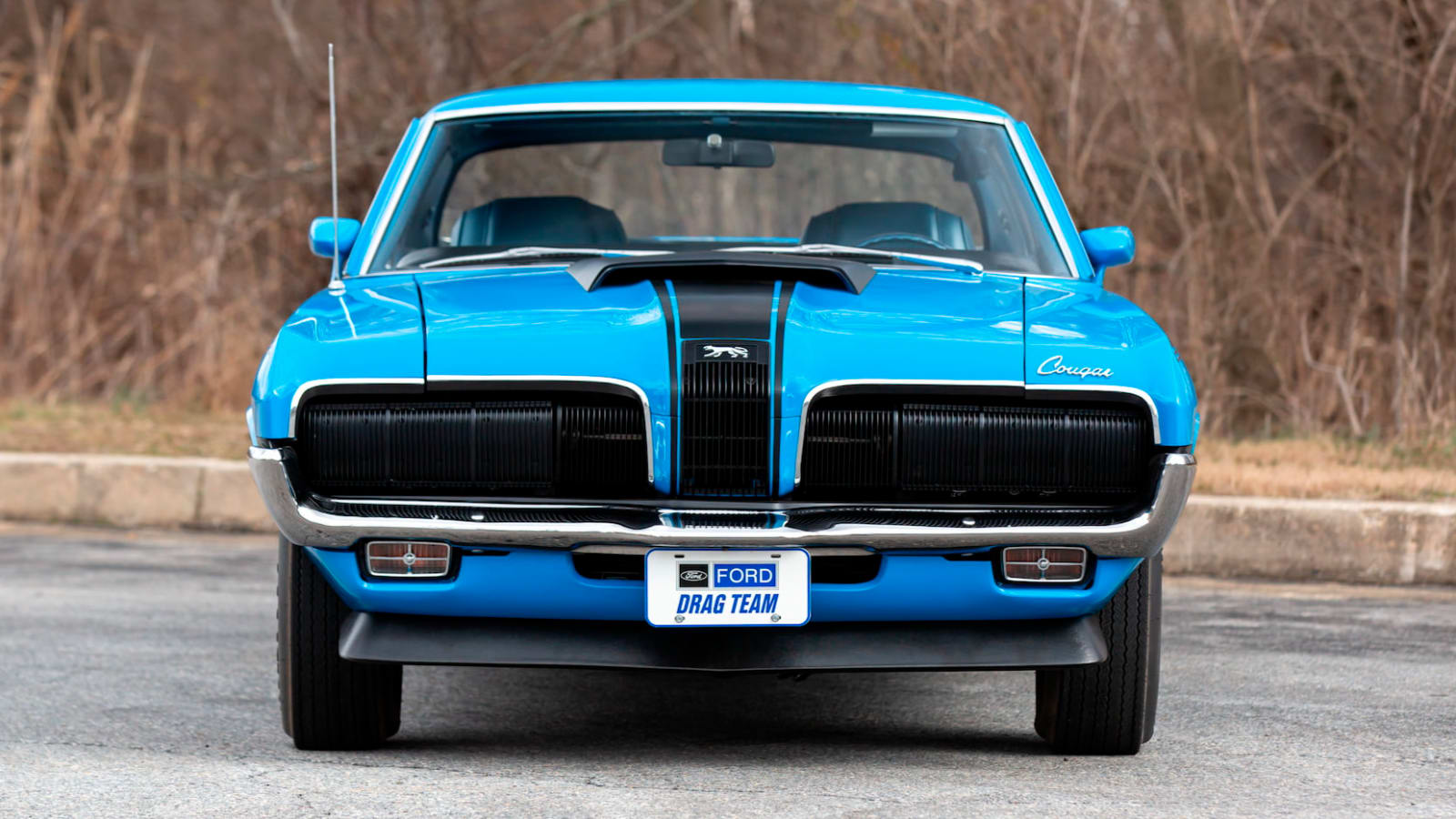 I’m not advocating actually converting a Cougar Eliminator to electric, but it’s included here because Eliminator/Eluminator. When Ford coined the Eluminator name, this was probably the inspiration. (This or a 1933 Ford Coupe hotrod owned by ZZ Top’s Billy Gibbons.)

These hot Cougars are rare (fewer than 5,000 total for the two model years). Some had the Boss 302 engine, some had the 428 Cobra Jet or Super Cobra Jet. Values can approach $100,000 today, according to Hagerty. So electrifying one of these would be a bold move, but instead you could use a lesser Cougar to build an Eluminator Eliminator clone. The SCJ version had something like 355 hp and 440 pound-feet of torque, so 480 horsepower and 600 lb.-ft. like in the dual-motor Mach-E GT would be the ultimate Eliminator. Though one motor would be plenty. Be sure to set aside some electricity to operate the super-cool hidden headlights and sequential turn signals. — Managing Editor Greg Rasa 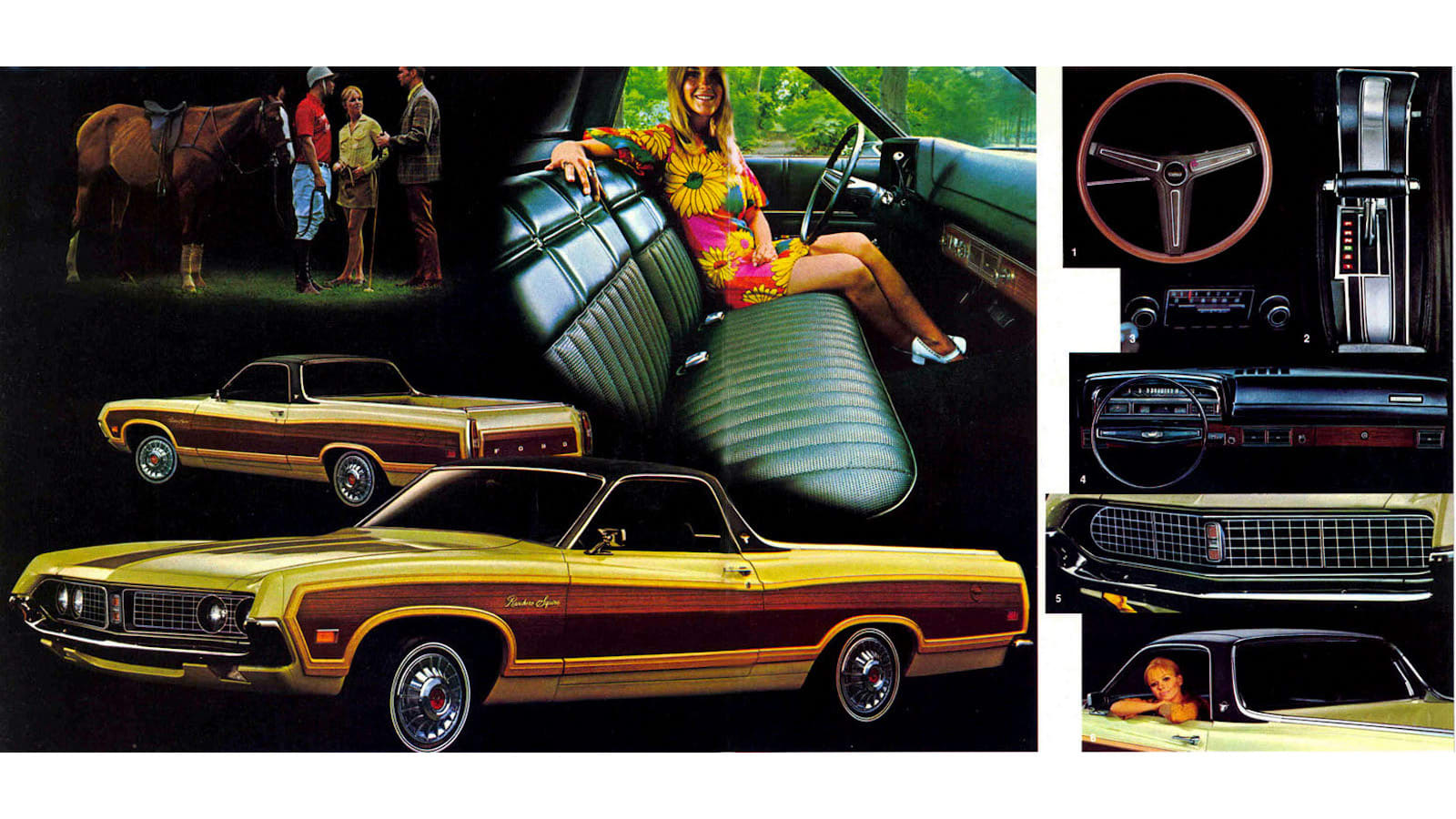 Now we’re talkin’. The Chevy El Camino may be more memorable, but just take a look at the Ford Ranchero Squire above and tell me it’s not amazing? The pointy front, the light Coke-bottle curves down the bodysides, the barely-there pillars for the passenger compartment — it’s perfect. And that doesn’t even include the real showstopper: faux wood-grained paneling. This thing screams ’70s style, and I figure the bed offers plenty of room for whatever batteries couldn’t be fit under the long hood.

Now, actually fitting the powertrain into a Ranchero may not be the easiest job in the world. Ford’s Eluminator is meant for a transverse mounting, after all. But I figure maybe there’s a way to make a complete one-piece unit out of the kit that replaces the entire rear axle. Or maybe an entire front cradle could be swapped in to make this sucker front-wheel drive. Anyway, those are topics for another discussion; we’re just picking platforms here for fun, and I’m sticking with the Ranchero Squire. — Consumer Editor Jeremy Korzeniewski 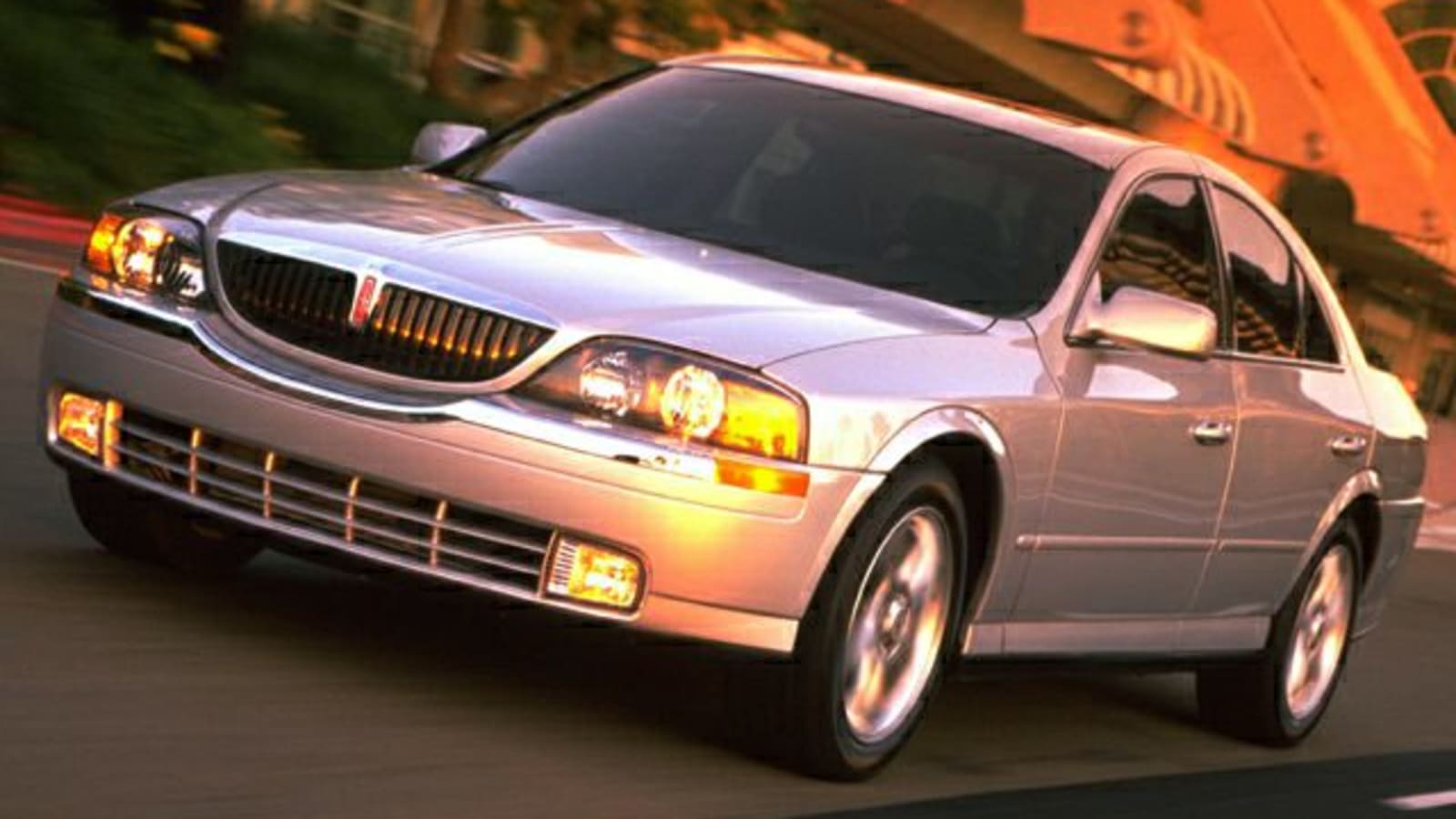 I think the Lincoln LS is a weird and underappreciated car. Consumer Editor Jeremy Korzeniewski agrees, at least with the first part, pointing out that it might have been better-appreciated had they not developed a reputation for imploding after about 50,000 miles, setting owners up with huge post-warranty repair bills. Fine, I mean, if you care about that sort of thing…

The good news is, swapping in an electric powertrain would eliminate most of the rear-wheel-drive, Jaguar-based Lincoln’s expensive trouble spots. The LS was a midsize, so there’s more room for batteries here than in some of Ford’s sportier RWD offerings. Plus, it wasn’t much of a corner-carver to begin with, so you won’t have to worry about dulling its factory reflexes, but you still get something with a smaller footprint than a Panther-based Ford, Lincoln or Mercury. — Associate Editor Byron Hurd 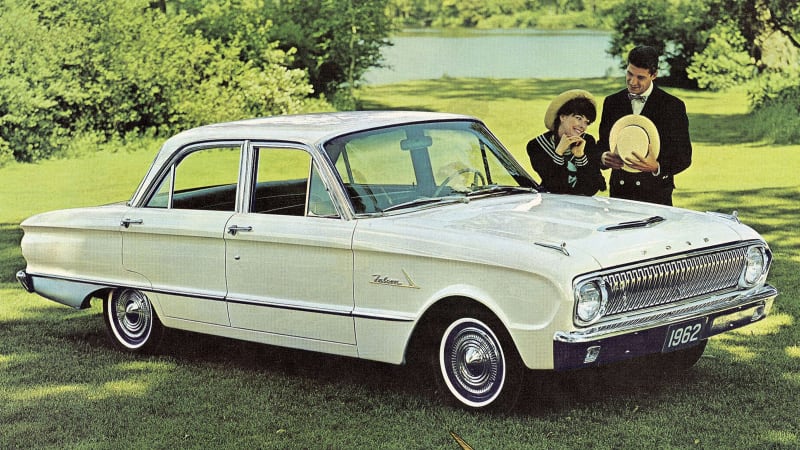 I’ve always been a fan of the Ford Falcon. It embodies the best elements of the early 1960s Jet Age design and is one of Ford’s underrated cars, caught between the fins of the ‘50s and the pony-car eras. That’s a shame. While the original Falcon offered two straight sixes and a modest V8 (260 cubic inches), electrifying the Falcon would make one of the original compact cars competitive with some of the strapping Mustangs to come. The Falcon was relatively light and shorter than the Mach-E. Using modern Mustang electric power might actually be a bit much, but running the crate motor (281 hp, 317 lb-ft) would be spot on. — Editor-in-Chief Greg Migliore 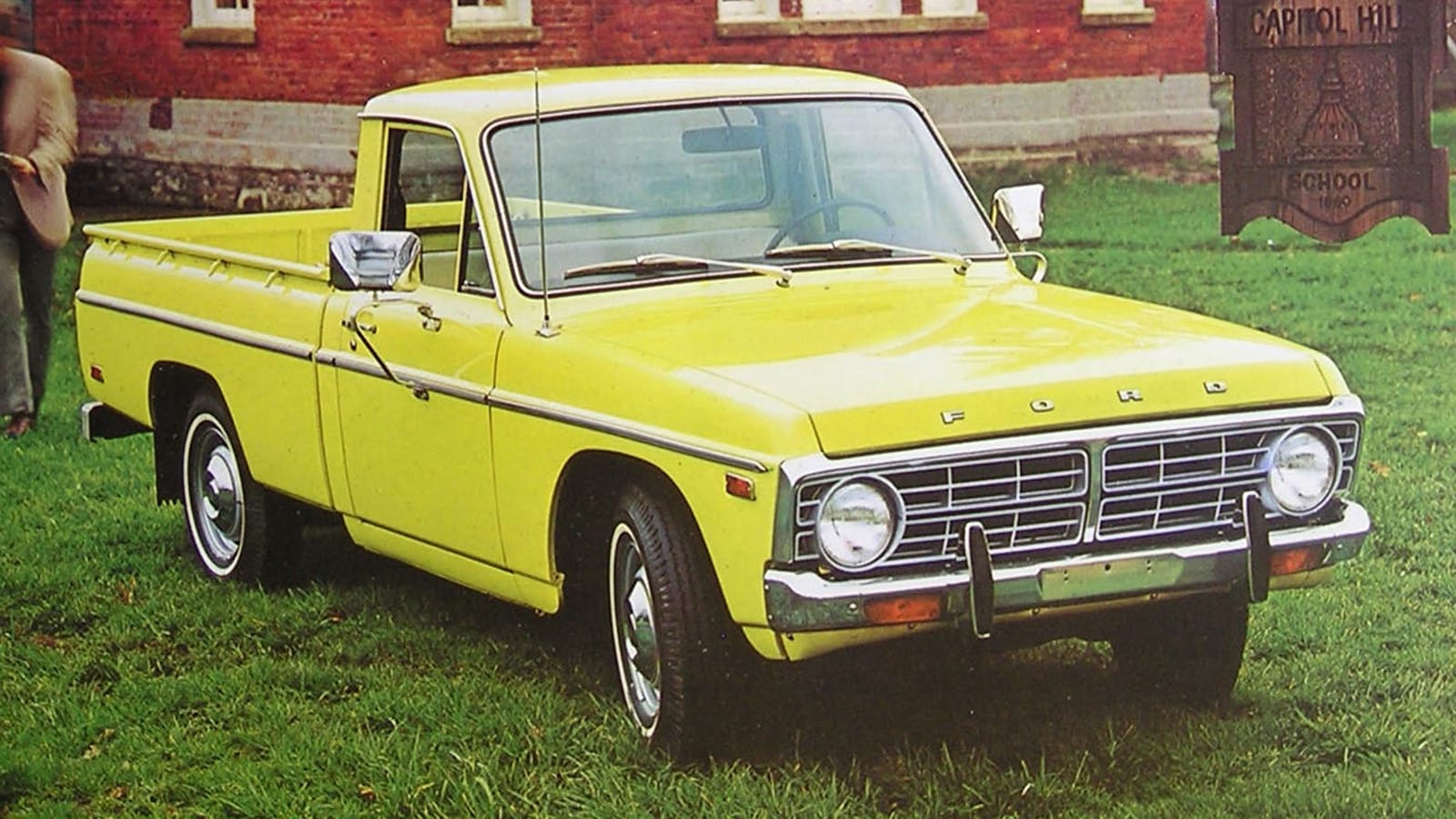 The Ford Courier ticks a surprising amount of boxes for me as an electric vehicle conversion. It has a family connection, as my dad had a Courier as his first car that he drove through college. He was really fond of the little thing, and drove it till it rusted through. And, as a fan of Mazdas, it’s appealing to me since it is in fact a badge-engineered Mazda, just like the Chevy LUV was a badge-engineered Isuzu, and the Dodge D50 was a Mitsubishi. It’s also a handsome little pickup on its own. As an EV conversion, a truck makes a lot of sense, too, since it can handle the heavy weight of batteries, and there’s plenty of room at either end to fit the motor and said batteries, even in a small model. And finally, 281 horsepower and 317 pound-feet of torque would be hilarious in such a small truck. — News Editor Joel Stocksdale 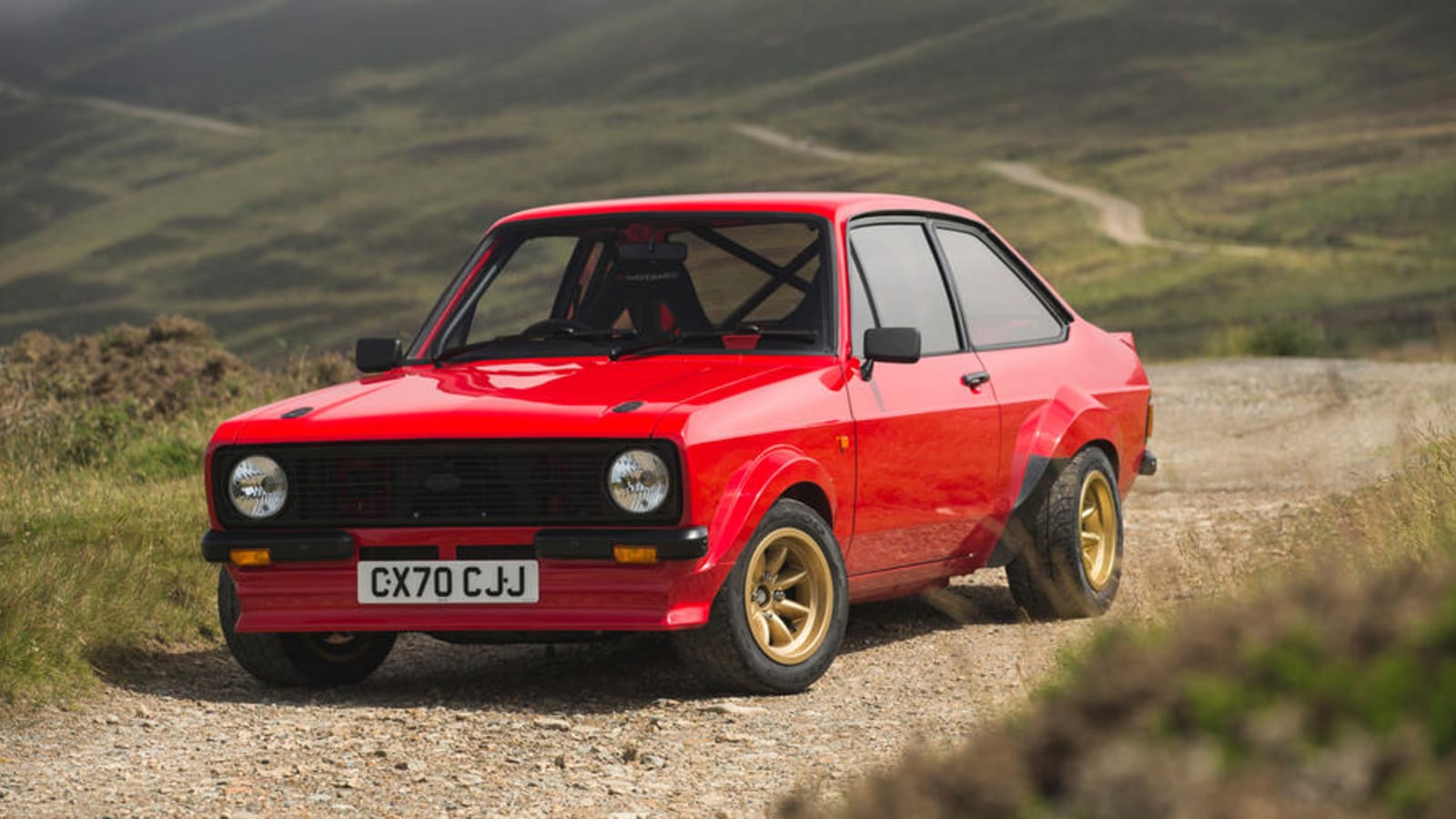 Maybe it’s because I’ve been playing too much “WRC 9” as of late, but I sure could go for an electric Ford Escort Mk II rally build. The Extreme E rally series is already proving that electric rallying can work, and the Escort is undoubtedly my Ford steed of choice for such a project.

Slapping the Mach-E electric motor onto the rear axle of an old Escort sounds a little scary at first, but weighed down with batteries everywhere else, the power-to-weight ratio might end up being just the right amount of diabolical. A single-motor setup rated at 281 horsepower from Ford would just about match what the little Cosworth engines were capable of outputting back in their heyday, so this could come near to or match the performance of the most potent Escort rally cars.

A small, relatively lightweight and reasonably affordable EV is exactly what I’ve been craving from the market, too. Mini gets close with the SE, with its main faults being the inherent front-drive architecture and its limited range. You may be worried about range with how small the Escort is (I know, it won’t fit a ton of batteries), but it’ll only need to traverse a rally stage at a time. Just plug it in afterward. The small, two-door, rear-drive Escort checks all my boxes for fun, cute and sporty. — Road Test Editor Zac Palmer 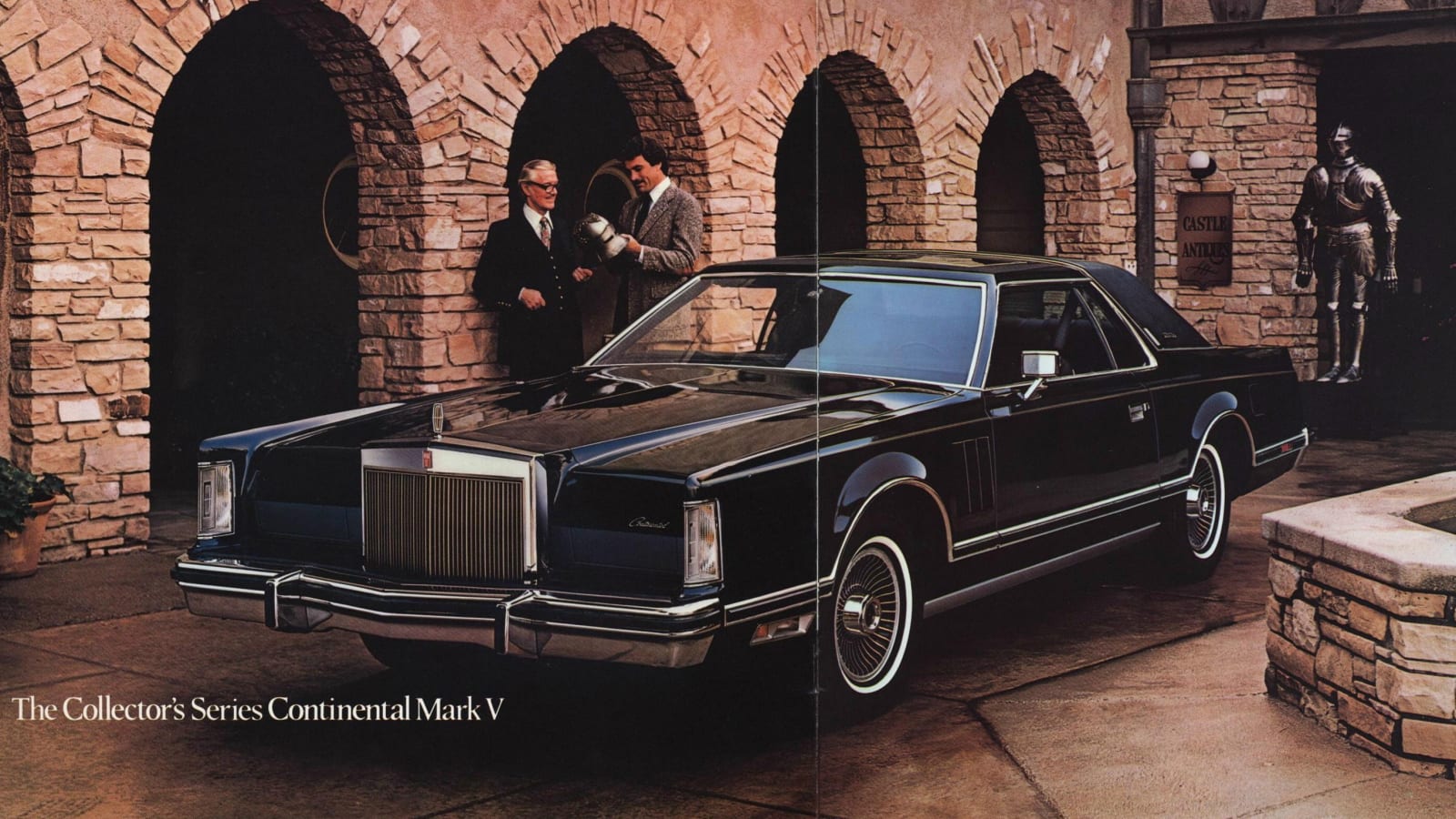 I really want a land yacht personal luxury car with an electric motor in place of whatever 112-horsepower 9.3-liter V8 it originally had. And not just for the purposes of this exercise. I mean, I actually want one, and the only thing holding me back is the lack of money. My lack of sanity is all for it. Specifically, I want a Lincoln Continental Mark V, and if we’re really getting granular (cause why not), I want a Collector’s Series from 1979 painted in Midnight Blue. Just like the one I saw at Portland Cars & Coffee once, or the one up there at the Castle Antiques store. Wait, is that Tom Selleck buying a knight helmet? Cause I’m pretty sure it’s a young Tom Selleck buying a knight helmet. — Senior Editor, Land Yachts, James Riswick

Sun Nov 14 , 2021
To Tim Cook, Apple’s chief executive officer, letting iPhone users “sideload” apps — that is, install them from sources outside the tech giant’s App Store — would be tantamount to making a car that didn’t have airbags or seatbelts. For Apple, “It’s just too risky to do that,” Cook said […] 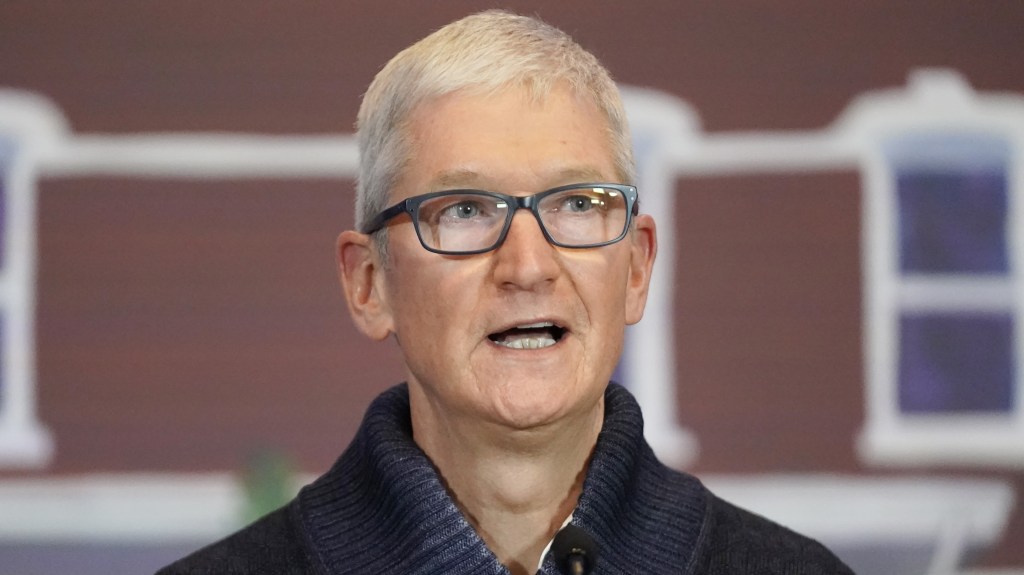