Since Dodge introduced its third-generation Challenger in 2008, we’ve tested 19 of them—spanning 11 stock powertrains and one modified powertrain from among the myriad pairings of seven engines, four transmissions, and rear- or all-wheel-drive choices Dodge has offered. Somehow, though, we missed one of the most popular and enduring combos: The Dodge Challenger 5.7 Hemi V-8 with an automatic transmission.

Rectifying this oversight wasn’t easy. Global automotive press fleets have been distilled recently to include only the newest and newsiest offerings, but we managed to source a lovely 2021 Dodge Challenger T/A model with about 1,500 miles on the odometer from Stellantis’ internal company fleet outside Detroit.

If you’re hazy on the T/A nomenclature, it stands for “Trans Am,” as in the race series, for which 2,539 Challenger T/As were built in 1970 to homologate the car. Each was powered by a 340-cubic-inch V-8 with “six pack” induction (three two-barrel carbs) that produced 290 horsepower and 345 lb-ft of torque (SAE gross).

Nowadays the T/A badge upgrades the plain Dodge Challenger 5.7 Hemi by adding a Mopar cold-air intake system complete with illuminated Air Catcher “headlamps,” a functional hood scoop, black 9 x 20-inch wheels, and appearance items like a satin black hood, roof, and decklid with spoiler, plus side graphics, white gauge faces, and other miscellaneous goodies. The T/A costs $3,995 more than the R/T, and no power bump is associated with the cold-air intake. T/A trim can also be ordered on the 6.4-liter 392 Scat Pack and Scat Pack Widebody models.

How Quick Is the Dodge Challenger 5.7 Hemi Automatic?

Fortunately, the Stellantis exec who spec’d this 2021 Dodge Challenger T/A 5.7 Hemi ordered the $3,095 Plus package, so our latest test car came equipped with the Dodge Performance Pages. These allow the driver to tailor various drive modes and to fine-tune the rpm at which the vehicle will launch during a “brake torque” (pedal overlap) start. The initial setting of 2,000 rpm resulted in way too much wheelspin on our asphalt track, but when we dialed back to 1,000 rpm, the engine bogged on a launch. We accomplished our best runs with a half-throttle brake-torque at between 1,500 and 1,800 rpm, feathering the throttle to fully open only after the tires hook up completely. Floorboarding the gas injudiciously results in a tire-smoking early upshift that kills the run.

Where Does This Challenger Rank Amongst Its Muscle Peers?

More than the other ponies, this 2021 Dodge Challenger T/A 5.7 Hemi is a straight-line car—at least until you get into the widebody variants. Our Michigan test venue’s braking and skidpad surfaces may be partly to blame for this car’s 121-foot stopping distance from 60 mph and its 0.85 g maximum lateral grip measurement, but even our last manual Challenger’s 112 feet and 0.89 g trail the performance of the automatic Mustang GT (104 and 0.97) and Camaro SS (103 and 1.00) by an uncomfortable margin.

Buyers clearly aren’t hung up on any of the above analysis. So far this year, Challenger sales are more than triple those of the Camaro, and they trail the vastly newer Mustang by just 6 percent. The retrolicious Challenger styling includes many features you can enjoy from the driver’s seat. Whether it’s the large hood scoop (or engine-mounted optional shaker scoop), the Mopar hood retainer clips, or the giant rear shoulder haunches that you can see easily in the rearview mirror, you never forget what you’re driving. Even the instrument panel is retro ’70s chic; from the font used on the gauges to the vintage Challenger script under the right-side air vent, it’s all very on-brand. The dash is so vintage, we could forgive it for having molded-in-plastic stitching, but in fact it uses real thread.

Those Dodge Performance Pages provide endless show-and-tell fun when giving rides to like-minded car nuts. When you’re just loafing along, the 5.7-liter frequently operates in four-cylinder mode—technology you can’t get with the manual, which explains the automatic’s 1-mpg city/2-mpg highway advantage in EPA fuel economy. The Uconnect 4 system ($995) is among the most user-friendly infotainment setups in the biz, and the nicely bolstered Nappa leather/Alcantara suede performance seats are comfy.

On the negative side, the long, heavy doors make climbing into and out of the car a constant headache—especially for those who sit closer to the wheel—and the Challenger’s underlying architecture is borderline ancient. The big tires clomp over bumps, creating even more noise than they do jolting vibration, and the wide passenger cell with its large door openings lacks the rigidity of its more modern competitors. Resolution from the apparently VGA-grade reverse camera and the lack of a capless fuel-filler are two more clues to the age of this car’s bones. Finally, the cylinder deactivation system creates a lugging sensation and low-frequency vibration at speeds that put the engine at 1,500 rpm.

Should I Buy a Dodge Challenger 5.7 Hemi?

The 2021 Dodge Challenger T/A 5.7 Hemi has a lot going for it. Immense trunk space (remember, it’s really a two-door Charger), cool styling, a vast range of trim and powertrain options to suit any purse or purpose, great infotainment, and fun performance-page apps. Basically, unless you’re looking for a four-cylinder or convertible muscle/pony car, there’s probably a Challenger that’ll work for you. Just tamp down those expectations for handling prowess, fuel-sipping economy, bleeding-edge tech, and a supple, quiet ride.

Wed Sep 8 , 2021
Mercedes-Benz said recently that it was going all-electric by 2030, which naturally got race fans excited about the possibilities of an electric high-performance car from the automaker’s AMG sub-brand. Today, we’re getting our first look at the upcoming AMG EQS, a wickedly fast sport sedan with a 0-60 mph time […] 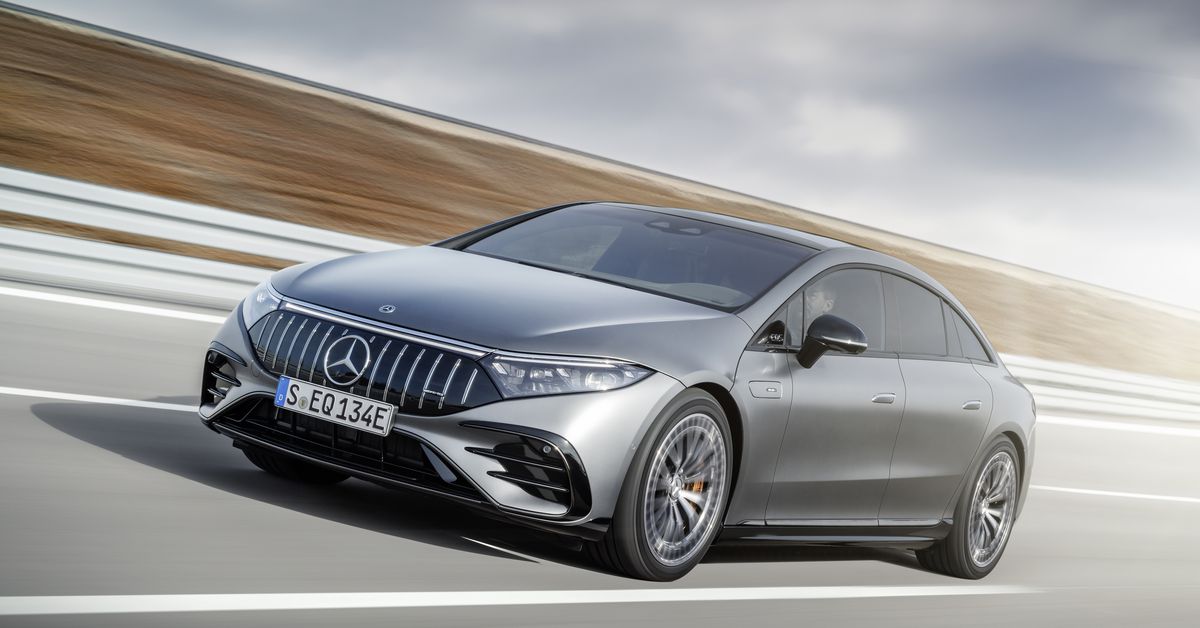